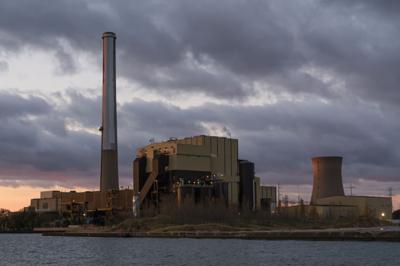 I have written that Michiana, tucked as it is between Illinois and Michigan, and on the far northern edge of Indiana, can feel, at times, like a geographic outlier. Neither here, in the common way of states, nor there.

Sometimes this can be a good thing. We’re on Central Time, instead of Eastern, like the majority of Hoosiers. We get the evening news at 10 p.m. instead of 11; late-night shows, like Colbert and Kimmel, are over before midnight.

There is a downside. We are in Indiana, after all. This means we are subject to the whims and vagaries of what passes for the Hoosier state’s political culture. Since most Hoosiers either don’t care or are unaware their state is bounded in the north by a Great Lake, most of our history here has been one of political neglect. Under these circumstances, it can be tempting to pretend we live beyond the state capitol’s one-party reach.

This pretending is about to end. That’s because Todd Rokita was elected last November to be Indiana’s attorney general. In 2005, as secretary of state, Rokita made Indiana one of the first states to adopt a voter ID law. Yet many of my friends and neighbors are unfamiliar with Rokita’s record. That’s typical in Michiana, where we often have a greater familiarity with Chicago’s fractured politics than our own. But whether we know it or not, Rokita’s election represents real jeopardy for our part of the state.

Rokita has been a human wrecking ball when it comes to environmental regulations. As a Congressman, he co-sponsored legislation, the nonsensically titled “Superfund Common Sense Act,” to exclude manure from being defined as a hazardous substance — a major favor for factory farmers. Then he co-sponsored something called the “Sensible Environmental Protection Act,” prohibiting the EPA or state from sensibly requiring a permit for discharging pesticides into navigable waters.

Rokita signed on to the “Regulatory Certainty Act,” designed, most certainly, to prevent the EPA from protecting fisheries in Bristol Bay, Alaska. His name was also attached to a legislative reach-around called the “Waters of the U.S. Regulatory Overreach Protection Act,” prohibiting the EPA Administrator from “developing, finalizing, adopting, implementing, applying, administering, or enforcing the proposed Definition of ‘Waters of the United States’ Under the Clean Water Act…”

Rokita’s propensity for letting polluters off the hook is alarmingly relevant when it comes to conditions in Northwest Indiana. It was reported last week that inspectors from IDEM and the EPA have continued to find “permit and self-monitoring violations” at the Arcelor-Mittal steel mill in Burns Harbor. This plant, recently acquired by Cleveland-Cliffs Inc., has been repeatedly tagged and fined for “continuous” violations, including a toxic chemical spill that closed beaches and killed thousands of fish in 2019.

Yet little has been done to actually bring the plant and its managers to heel. According to the Indiana Environmental Reporter, the new owner, Cleveland-Cliffs, has not responded to requests to address what actions it plans to take to remedy its plant’s on-going violations.

Maybe that’s because they know with Todd Rokita serving as Indiana’s AG, doing nothing is the most sensible thing to do.