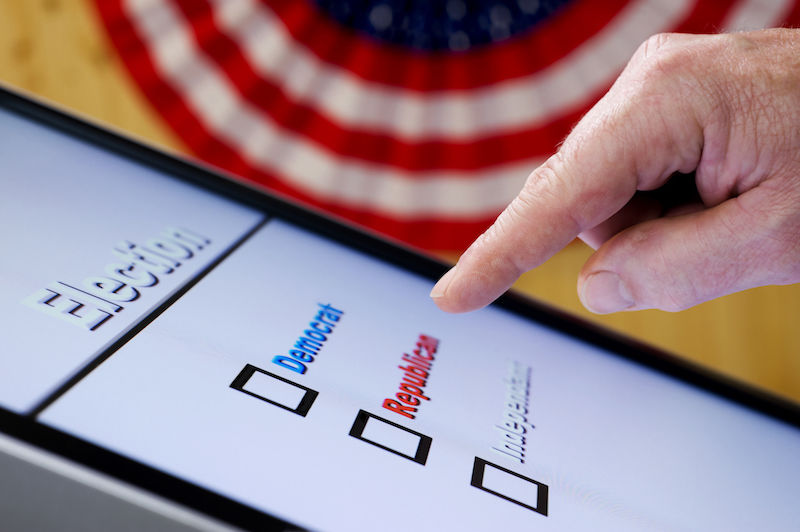 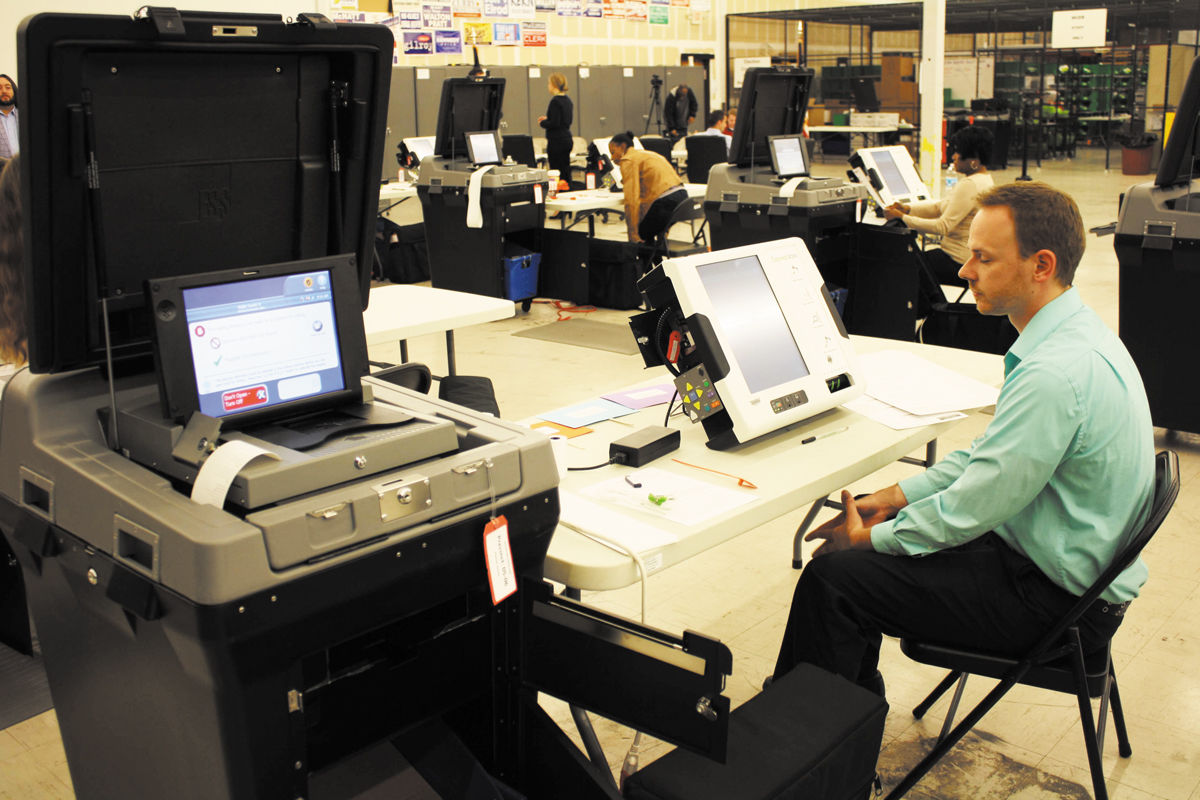 Marion County's Election Services Center was the site of the public test of the county’s voting system on Friday, which is required by law.

Friday morning, in a converted shopping center on East Washington Street, the Marion County Election Board was working to ensure the integrity of the upcoming midterm election. The Election Services Center was the site of the public test of the county’s voting system, which is required by law.

Under the microscope was the new DS200 precinct scanner and tabulator, and the ExpressVote touchscreen machines. Staff was tasked with ensuring the equipment and its software are tabulating results correctly.

The DS200 system is paper ballot-based. No individual votes which are cast are stored digitally. The USB drives which hold the total results are then taken to the election night reporting software, where the tabulation of the results is stored.

Brienne Delaney, director of elections, said a total of 60 machines were being tested and included every race, candidate, and public question being asked this year. She said the tests began with a “zero report” which showed that no ballots had been cast at the beginning of the day.

“At the end of the day we look at the vote totals and [they] should match the pre-marks on the ballot,” she said. “We also test, ‘Does the machine work? Does it feed a ballot?’”

Delaney said if a problem were to be found, they would begin troubleshooting. She said usually human error was the culprit in past years.

“It just depends on what the problem is,” she said. “These machines have already been tested once, so I don’t expect there to be any issues.”

Indeed, later that same day, Russell Hollis, deputy director at the Marion County Clerk’s Office, issued a statement confirming that “the voting machines and tabulation software were found to be in proper working order.”

With heightened awareness of the threat of outside interference in these election machines, Delaney said they were doing “everything in our power to try to prevent outside hacking.”

One roadblock to hacking is the fact the machines themselves are never connected to the internet. Delaney said anyone hoping to meddle in the technology would have to do it up close, not online. Delaney said there are cameras running in the locked warehouse. Everyone who enters has to have a badge.

“They are sealed up after testing,” said Delaney. “Each seal has a unique serial number that’s recorded and stored here at the Service Center. We’re able to check on Election Day to see if the seals have been removed.”

The machines the county uses are relatively new. They have been used in three elections total before this one.

“They have performed fantastic,” she said. “The poll workers love them. They are super easy to use. I’m really proud of our fleet of machines. They’re great.”

Next year, the county is moving to vote centers. Delaney said the technology will completely shift to the ExpressVote machines, which are currently being used for compliance with the Americans with Disabilities Act of 1990.

“It’s easy to print off three or four ballot styles per precinct and have those printed, but if you have to have every ballot style at every polling location, that becomes an impossibility,” she said. “So, you have to have the blank paper and then you activate the ballot style on the screen and vote on the touchscreen. So, that’s what the county is going to be moving toward next year.”

Delaney said the county’s early voting sites will serve as a pilot program to test out operations before the voting centers premiere next year. Those sites will only have ExpressVote machines available, along with electronic poll books.

“It’s a great chance for our staff to learn and the voters to learn and get feedback prior to next year,” she said.

Pointing to the shelves of green bins behind a locked cage, Delaney said those early voting ballots would be brought back to the Election Services Center.

“Once you complete your ballot on the machine, you’ll fold it in half, put it in a secrecy envelope and it will be returned back to this location and stored in all those green bins until Election Day when the secrecy envelopes will be opened and the ballots will be counted,” she said.

Rob Burgess, News Editor at NUVO Newsweekly, can be reached by email at rburgess@nuvo.net, by phone at 317-808-4614 or on Twitter @robaburg.

Indianapolis Local 1 janitors rallied and participated in acts of civil disobedience outside Regions Tower before contract negotiations between janitors and cleaning companies, GSF, SBM, Platinum Cleaning and ABM were set to resume Wednesday.