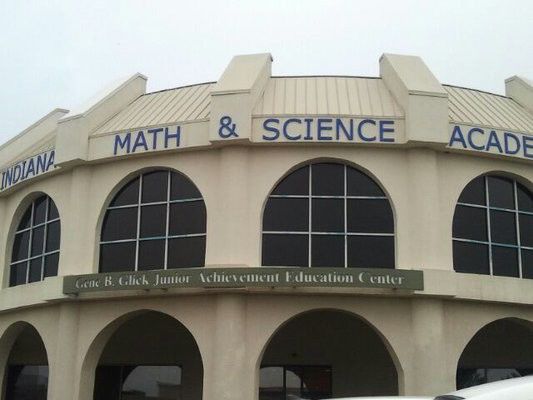 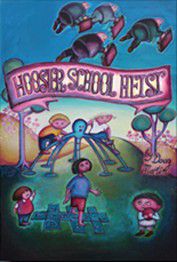 Usually when the FBI arrives on the front steps of a school, gun violence and general mayhem are at the center of the investigation. But for the Indiana Math and Science Academy (IMSA), authorities say the investigation is a potential "white collar" crime.

FBI agents executed a search warrant at the school's north campus in Indianapolis on June 4. The warrant was one of several executed at 19 different schools in Indiana, Illinois and Ohio. All the facilities are under the supervision of Concept Schools, Inc., a charter school management company based in Illinois. FBI spokeswoman special agent Vicki Anderson would not confirm or deny much else in the investigation.

"This is a joint investigation of the FBI, the U.S. Department of Education, and the Federal Communications Commission," Anderson said. Katherine Beckwith, Regional Community Relations Coordinator for IMSA, issued a statement saying documents associated with the e-rate technology grant program had been requested by the U.S. Department of Education.

The statement, reported by multiple other news agencies reads:

"Earlier this week we were asked to provide information to U.S. Department of Education officials as part of a larger federal audit of e-rate technology grants. Those officials indicated they are auditing the funds dispersed to various schools to verify that work paid for with e-rate grants was completed as reported. We were happy to provide them with records and supporting materials detailing how e-rate grants were spent at our IMSA North school, so that they can successfully complete their audit."

E-Rate, or The Schools and Libraries Program, is an initiative of the U.S. Department of Education. It is administered by the Universal Service Administrative Company (USAC) under the oversight of Federal Communications Commission (FCC). However, Anderson confirmed the FBI investigation is a criminal matter and is not a part of any audit.

When asked to clarify the statement about any relationship between an audit and the federal criminal investigation, the school's attorney, Jason Barclay with Barnes and Thornburg, offered this statement:

"The Indiana Math and Science Academy -- North recently received requests for documents and other information related to an Ohio investigation into the federal e-rate program. After talking to federal investigators, there is no information that anyone at the school was involved in any wrongdoing. We are cooperating with those investigators, who have assured me they will do everything in their power to make sure that the school's impressive academic performance will not be jeopardized in any way during their review."

Federal investigations and unanswered questions involving Concept Schools, Inc. are not uncommon. The charter school management company was the subject of another FBI investigation involving possible visa fraud in 2011. Author Doug Martin dedicated about 10 pages of his book Hoosier School Heist to that investigation and other questionable practices and affiliations of the Indiana Math and Science Academy and its parent company. Martin says he was writing for various blogs and articles about school reform when California parent activist Sharon Higgins made him aware of Concept Schools' ties to what's commonly called the Gülen movement. (More on that below.)

"I believe it was March 2011," Martin said. "She has a blog called Charter Schools Scandals. That's probably where I first came across them... then somehow I connected with her and I started piecing it all together and it was vast."

In the book, Martin talks about how the FBI and the U.S. Departments of Labor and Education investigated several Gülen-affiliated schools for alleged visa fraud. Concept Schools specifically was accused in 2009 of hiring more immigrant workers than Google and failing to properly use public funding. The allegation accused Concept and other schools of using taxpayer money to fly teachers from Turkey to the United States. Martin's research found that The Indiana Math and Science Academy North and West campuses have applied for at least 23 visas for teachers and other individuals to come to Indianapolis and work.

It's ties to Turkey that connect Concept Schools and other charters to the Gülen movement. This Muslim sect is based on the teachings and leadership of Fethullah Gülen, a Turkish preacher and Islamic opinion leader who lives in self-exile in Pennsylvania. The movement is heavily involved in developing charter school education and is considered to have the largest charter school network in the U.S. with 139 active charter schools in 26 states. Citizens Against Special Interest Lobbying in Public Schools call Gülen the most powerful religious leader in Turkey despite his current address. Although there is nothing in the charter schools' curriculums or activities that would indicate there are any hidden agendas for the movement, opponents of the schools believe there are political, religious, and economic goals behind Gülen's involvement in US charter schools. Martin believes, though, it's primarily the money available to education initiatives that is leading the Gülen Movement and other groups and corporations into the business of charter schools.

"Some people honestly believe in all this free market stuff and they think there's competition. I mean there's a lot of people that work for these groups that believe that," Martin said. "But I think it does come [down] to the money. I think it's the people calling the shots - they just want the money."