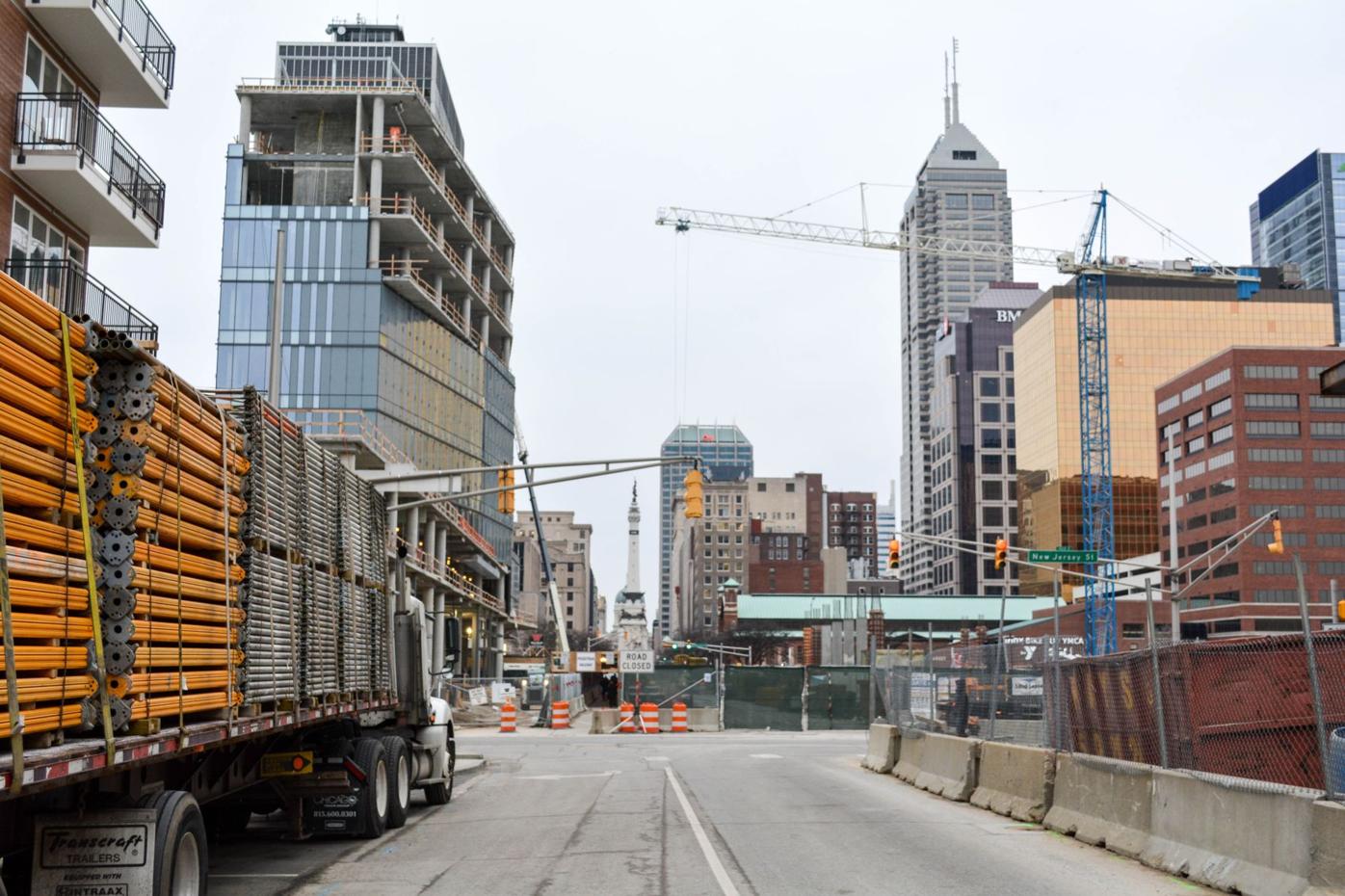 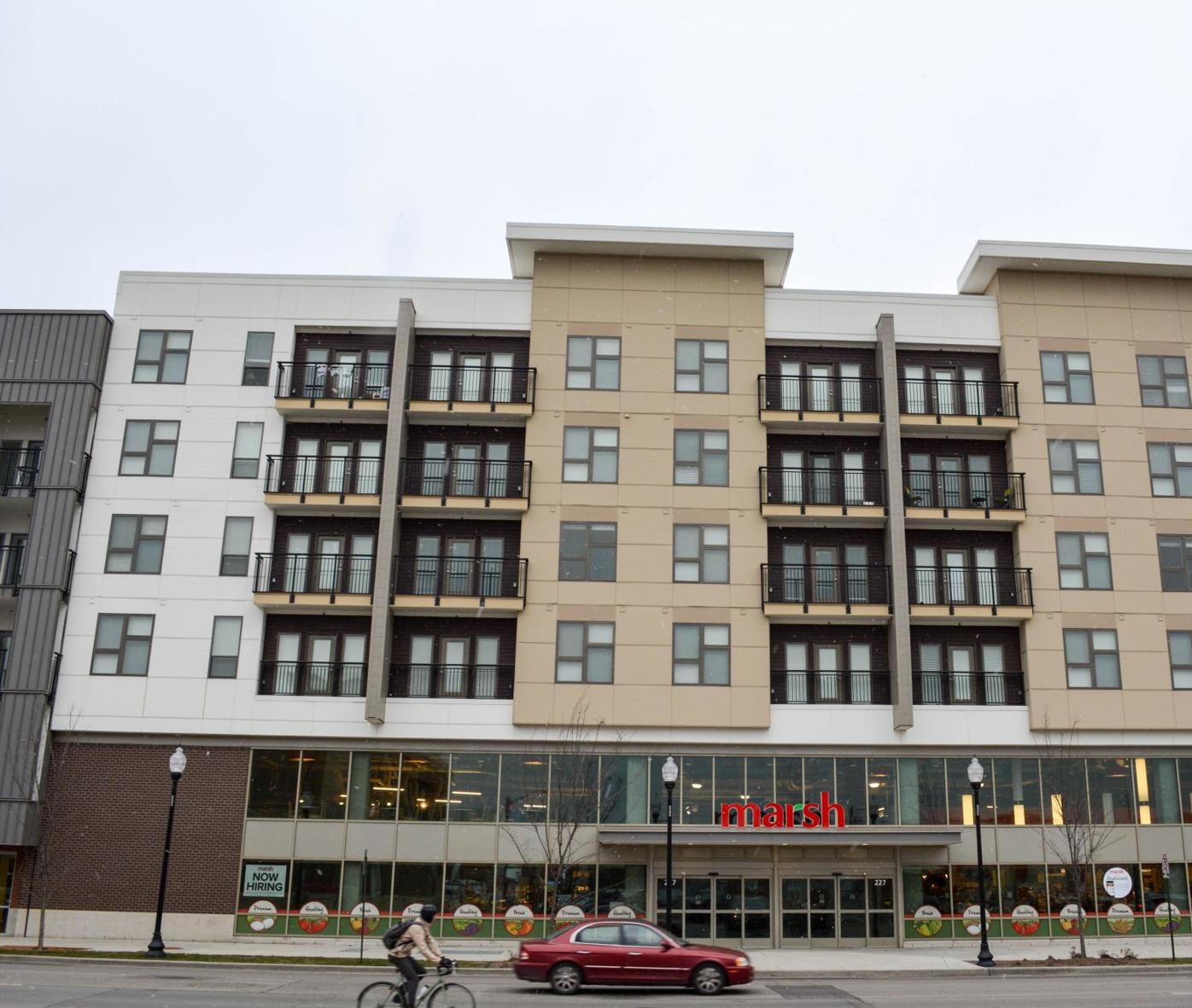 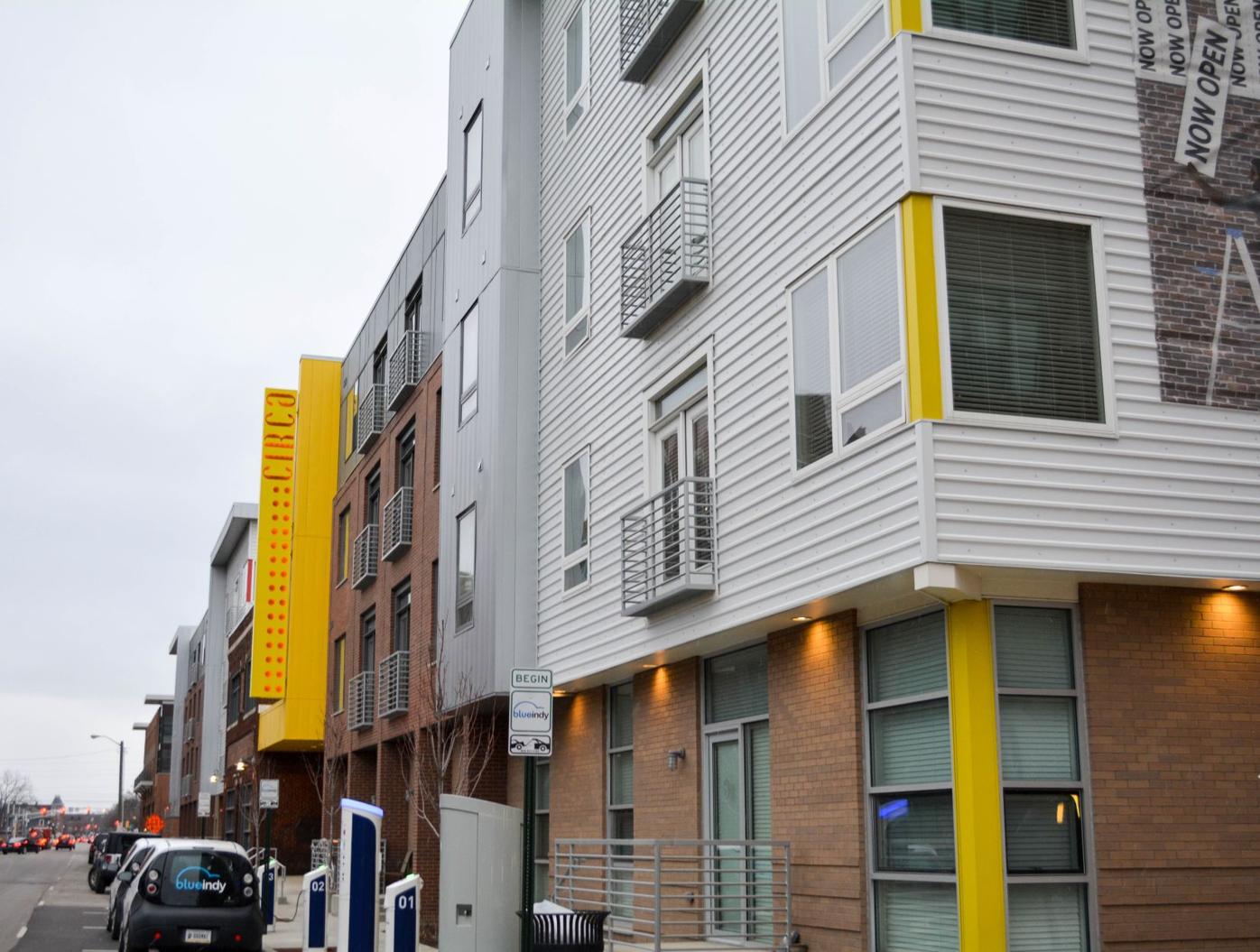 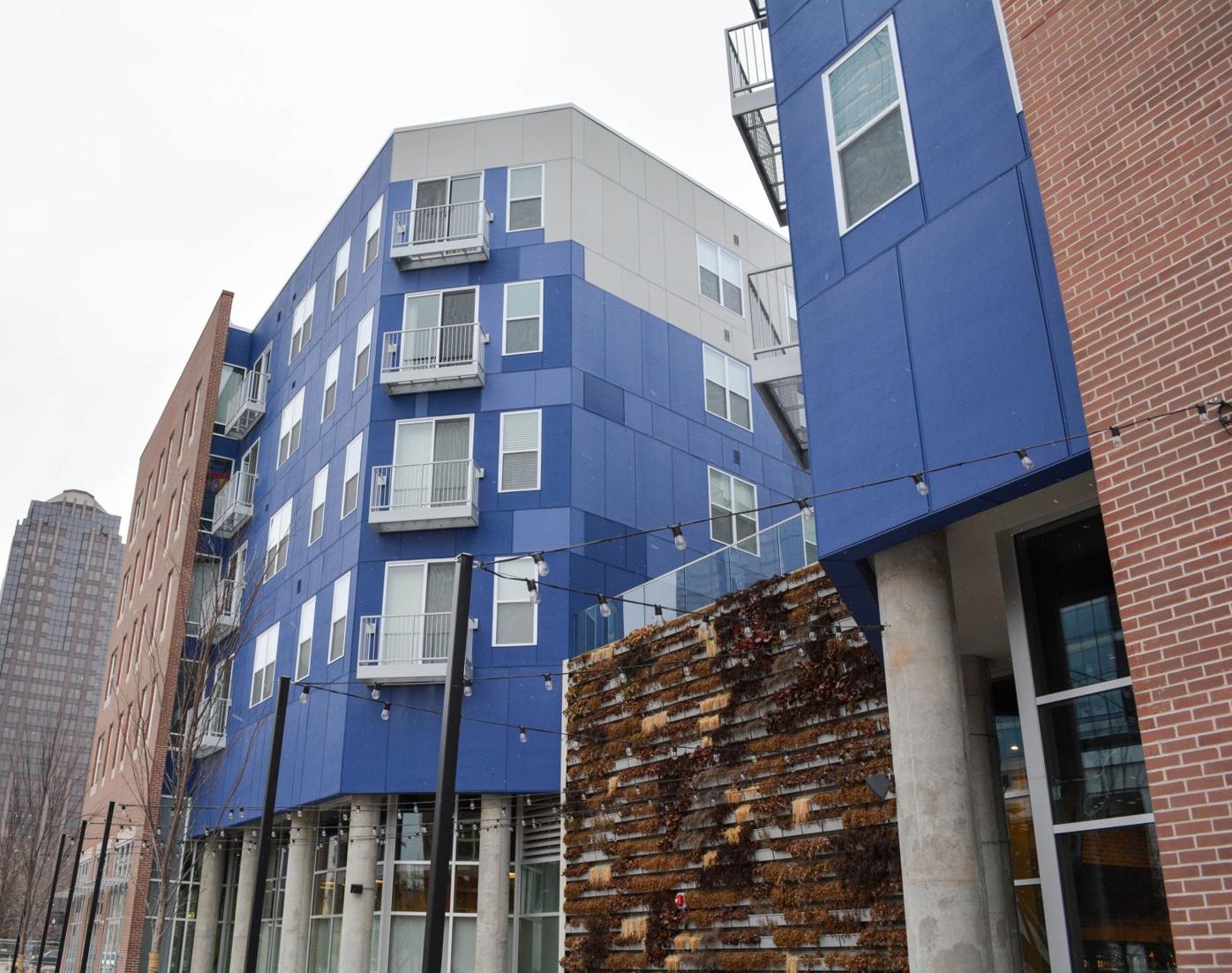 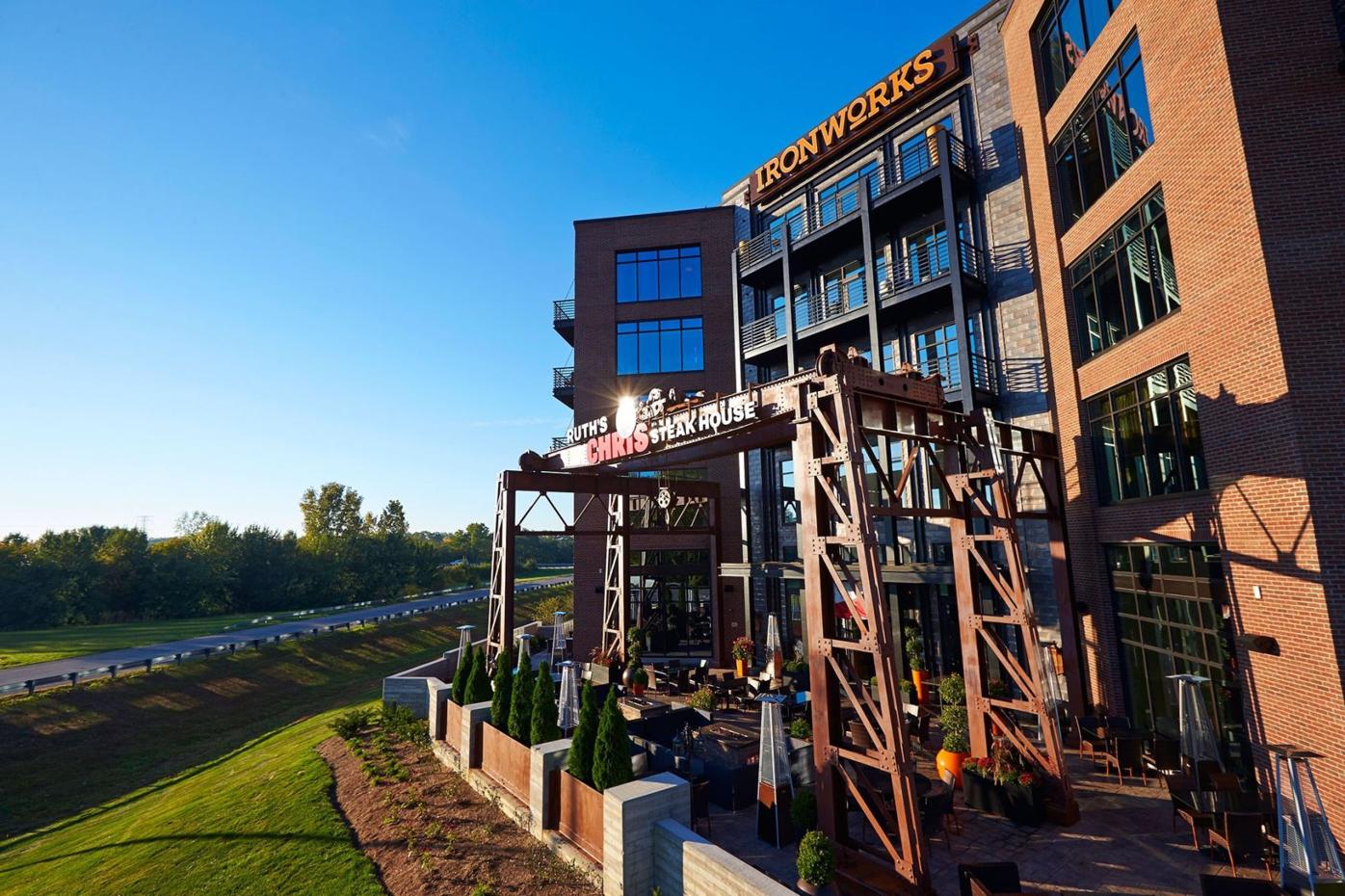 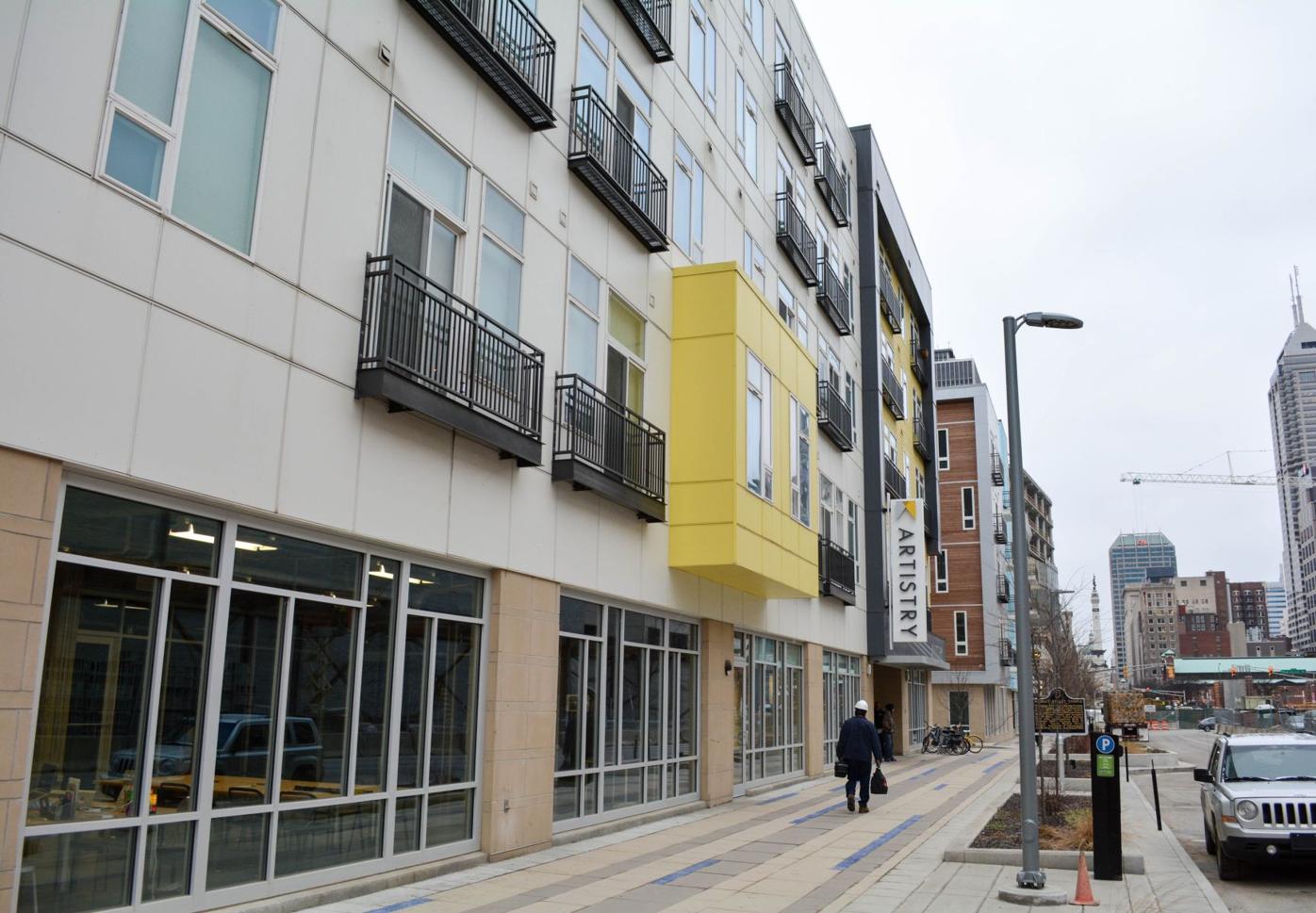 You've probably noticed by now the apartment complexes popping up all over downtown Indianapolis. In the heart of the Wholesale District, off of Mass Ave, and along Virginia Avenue, residents are seeing new luxury apartment complexes appearing out of what seems like thin air. Many developers, investors, and city planners argue that this trend shows the immense growth that Indianapolis has gone through in the past five years. And while it's true that people are flocking to reside in the city in increased numbers — a sort of urbanization — it's not at the rate at which most people tend to believe.

By the end of 2014, downtown Indianapolis apartment complexes had an average rate of 8.9 percent vacancy. MPF Research has reported that housing demand in Indianapolis is outpacing supply by a theoretical 450 units. However, occupancy rates rose only a mere 0.3 points in the third quarter of 2015. Why the discrepancy between high demand for housing in the city but low growth in occupancy rates?

Maybe it's the lack of understanding what most millennials and the working middle class need. Or perhaps it's the price-gouging that luxury apartment complexes impose on their tenants (extra fees for parking, pool access, gym access, pay-by-load laundry rooms, glamorous lobbies, full balconies, a bigger bathroom, etc.). After all, these apartments are supposedly aimed at the top 1 percent of millennials that are making around $90,000 a year. The reality of Indianapolis demographics is that the average household income is $63,865 at the median age of 34 years old. Under the age of 25, the median income rests at $28,553. That's not to say there aren't people who earn the top dollars here in Indy, but they just don't exist in high enough numbers to fill up all of the amenity-rich apartments that are currently built — and have yet to be built — in 2016.

Instead, most people — specifically the younger demographic — currently living in Indianapolis (or looking at Indianapolis as a prospective future home) look toward the neighborhoods directly outside of the city, such as the Old Northside, Fountain Square, and Woodruff Place. The luxury apartment boom actually makes certain parts of the city unattainable for most people, specifically the Wholesale District and Monument Circle. Development of these living spaces is supposed to cater to residents who wish to make direct downtown living a reality, but high rent turns people away. So, direct downtown neighborhoods like the Wholesale District and Mass Ave aren't seeing the vast influx of new residents and high rates of growth that was projected — instead, neighborhoods directly outside of the city are seeing growth because it's the only affordable way to attain the vibe of downtown living.

Let's give a hypothetical — but plausible — situation to illustrate this housing gap. A full-time student who works part-time, making around $800 a month, budgeting to pay around $550 in rent (not including utilities) has zero housing options in downtown Indianapolis. So, this student looks toward neighborhoods outside of the city and even then probably has to take on a roommate in order to afford housing.

This is typical for a student. It's a part of the lifestyle of the "ramen noodle" generation and most people have been there, done that. But this situation applies to a bigger portion of Indianapolis residents than college kids. With the median income for 25 year olds and younger at a generous estimate of $28,000, that's a monthly average income of around $2,333. When millennials budget the general cost of living and utility pricing, that leaves little for rent (amenity-rich apartment complexes average roughly $1,000 per month for a studio apartment). In fact, according to the U.S. Census Bureau, the median rent in Indianapolis between 2010-2014 was $920. Rent is expected to rise 3.8 percent nationwide in 2016.

In the past five years, there has never been a demand for amenity-rich housing — there has been a need for affordability that allows residents to live comfortably while still investing in the downtown marketplace. Instead of focusing on amenity-rich housing, developers should be looking at the neighborhoods of Indianapolis where most people choose to settle.

Kevin Kastner, founder and administrator of Urban Indy and a specialist in urban revitalization in Indianapolis, hopes to see the city reinvest in already-built homes and businesses. "On a case-by-case basis, there are abandoned homes needing to be remodeled in neighborhoods that have great potential. [Luxury] apartments are made to attract people and not keep them. Whereas investment in preexisting structures provides the city with a historical investment and more affordable housing for residents."

Investing in neighborhoods and pre-existing buildings not only helps the city maintain important historical buildings, but creates affordable housing because developing practical housing (instead of luxury housing) creates an affordable route to residency. In turn, affordable housing allows tenants to remain in a certain area or apartment for a longer period of time, encouraging consumer and business investment in all things local, creating the very heart and personality of certain neighborhoods. The growth of local business is perhaps one of Indy's greatest achievements in the past five years, directly correlated to increased residential populations in Indy's affordable residential neighborhoods.

Another facet of this luxury apartment boom is design. "Of the moment design" is most likely going to look outdated in 20 years. The buildings are, first and foremost, unengaging to the common eye. Vibrant exterior colors, fake balconies, low-rise buildings, flat roofs, and fake greenspaces aren't designs of timeless aesthetic quality. While these buildings look shiny and inviting now, 20 years from now they will pose a design issue for the city. How does a city recover from rushed and trendy architecture? In time, these buildings are either torn down and the land is redeveloped, or these buildings simply become vacant, sold and abandoned. "If the city insists on new residential developments, it would be great to see owner-occupied condos or something of the sort. Owning is much better than renting because it's an investment that you can live in, especially for families. It facilitates long-term residencies," Kastner says.

Owner-occupied living is hard to come by in Indianapolis. When looking for housing downtown, there's a greater chance of finding rental units rather than units available to buy. This may have to do with the new "build and turn" trend in Indianapolis, which means that housing is looked at as more of a temporary commodity in Indianapolis rather than a lifetime investment. This trend is also apparent in the design of apartment buildings. When apartment projects are built, the process is quick and materials sometimes can be cheap (especially exterior materials). Major companies are always on the lookout for the next place that they can build a luxury complex.

Ransom Place is a historic neighborhood on the near Westside with homes dating back to the 1870s. With the approval for development of two massive luxury apartment structures and four multi-family homes, Ransom Place could lose its entire character and structure. The buildings will cause massive parking issues, since current residents use every available inch of curbside parking already, and will threaten the infrastructure of the roads and alleyways of the neighborhood itself. Ransom Place has already seen a big influx of activity with the growing population of its close neighbor, IUPUI. The current seven-block grid of the neighborhood simply cannot support large living structures. With this proposal, developers hope to capitalize on the growing IUPUI student body while risking the safety and historical security of a neighborhood made up of primarily African-American, disabled and elderly residents.

These developments are similar to others around the IUPUI area, like 1201 Indiana Avenue and 9 on Canal. The rent is high, starting at around $1000 a month. This creates another area for transient residency, high vacancy, and fast development.

The concern here, as in so many other development cases, is over bad investment and high rent. Brooks says, "This is Indianapolis. We aren't New York or Chicago. Those cities developed over hundreds of years. We can't expect the same will happen to us in ten. Now is a crucial time to be smart in developing, not throw money to trends."