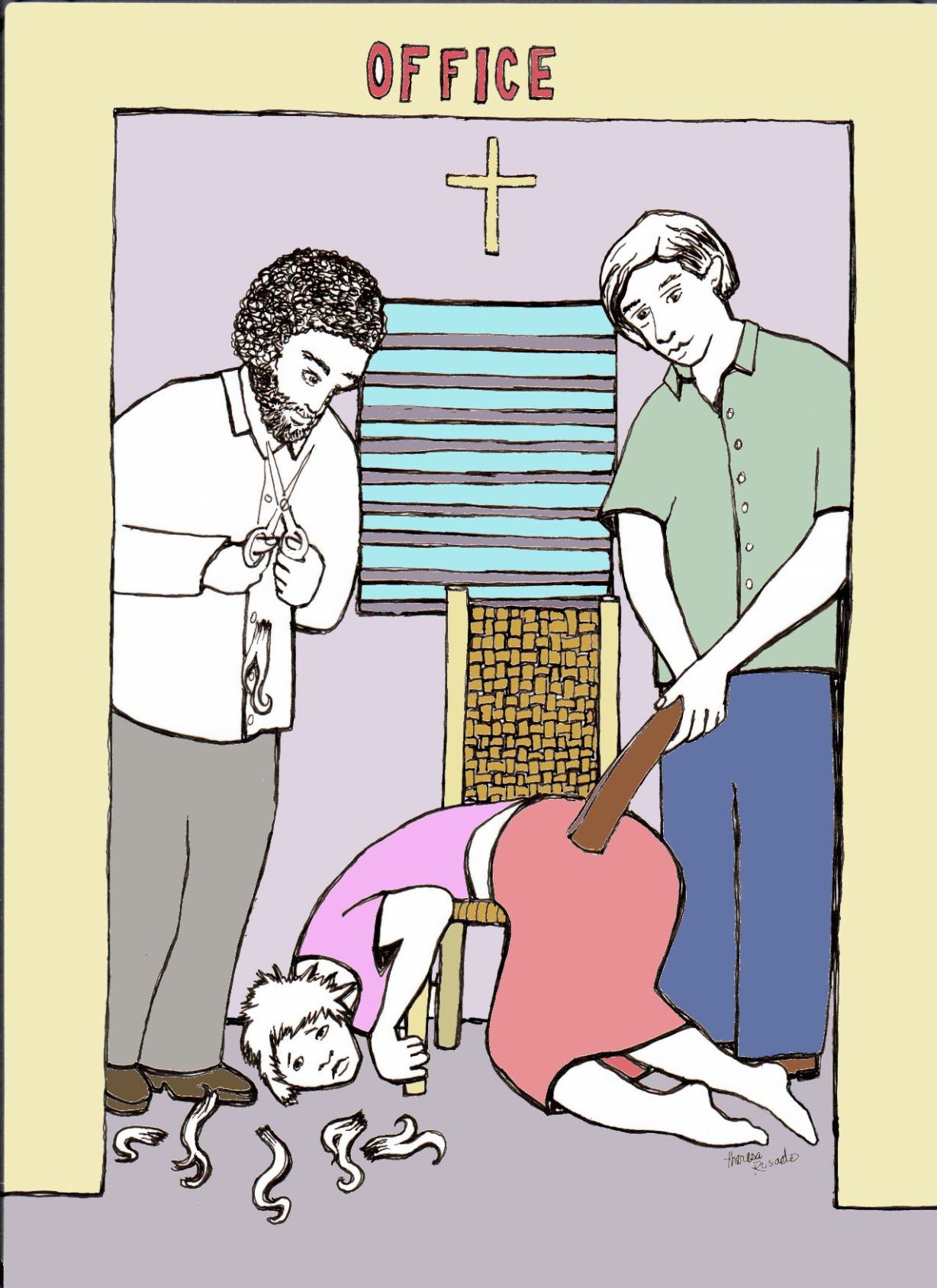 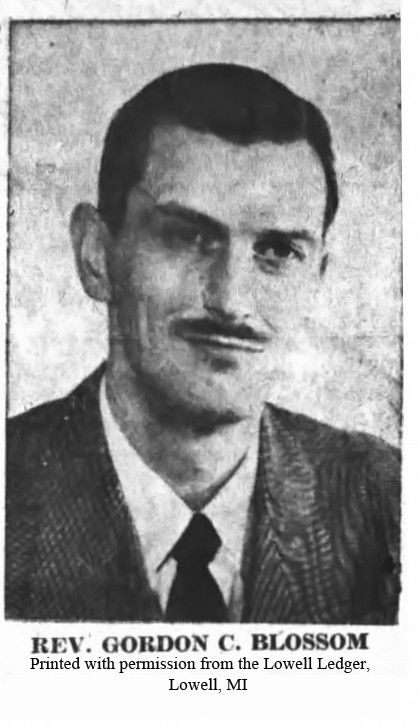 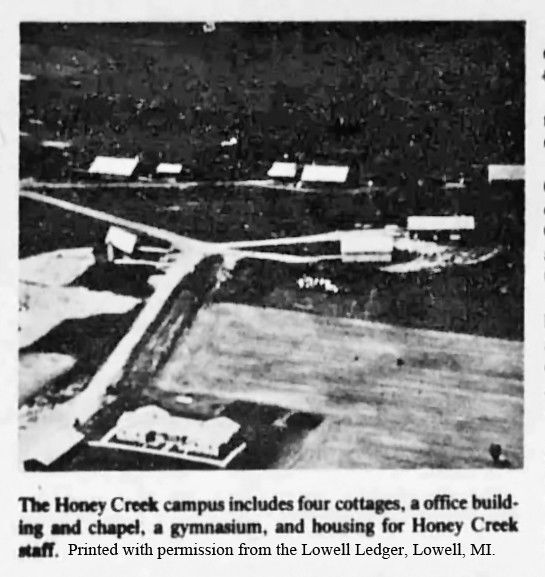 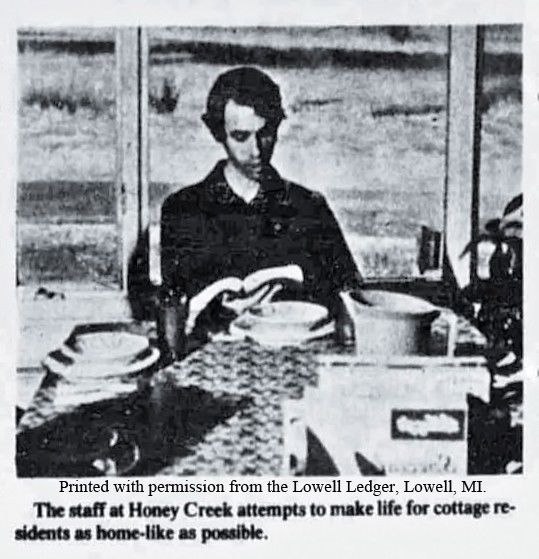 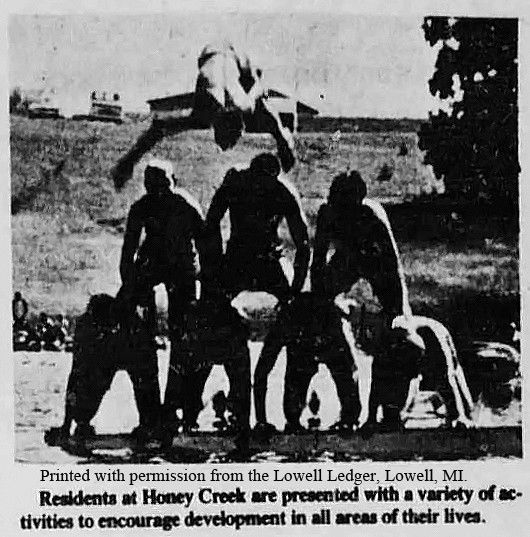 [Editor's Note: In Part two of this NUVO series, Theresa Rosado sets the stage for the rise of New Horizons Youth Ministries in Michigan, including how Rev. Gordon Blossom found funding, support and disciplines for his "youth ministry" concept.]

To Hell and Back Part 1: A NUVO Series

It was a move set to rival Starr Commonwealth, a home for foster children in Albion, Michigan that held up to 180 wards located a few counties away. By the 1960's Floyd Starr had carved out a foster home niche in Michigan, exuding a persona similar to that of Father Flanagan portrayed in the movie Boy's Town. Floyd Starr won accolades from the community, judges, politicians and courts that placed kids in his homes. Blossom longed for Starr's success — as a boy Blossom himself was placed at the home, rejecting his mother's remarriage after his abusive biological father left the home. Blossom worked as Director of Homelife for Starr Commonwealth. Starr staff fondly referred to Blossom as one of the "good ol' boys" and asked him on numerous occasions to speak at Starr Commonwealth celebrations.

Armed with Starr Commonwealth's network of judges, Honey Creek garnered support by speeches given to leaders throughout the community. Blossom's wife Marion traveled throughout Michigan and Ohio to gain support and accept donations for the Honey Creek facility. Amid the clank of steaming porcelain teacups, members stirred in sugar and cream as Marion Blossom spoke to members of the Clarksville Bible Church at the Ladies Spring Tea in 1970. In the fall of 1970 Mrs. Blossom showed slides and spoke to a living room gathering of 17 women about Honey Creek at the Jonesville Child Study Club in Jonesville, Michigan. The slideshows and speeches paid off. By 1972 Rev. Blossom raised enough awareness of his new foster home through community leaders, gathering a substantial amount of funds to proceed with the second half of the Honey Creek expansion.

By 1972 Honey Creek Christian Home expanded from a cottage holding 10 boys to four new residential buildings that held up to 80 boys on a half-million-dollar campus. At Honey Creek's second dedication ceremony, renowned Word of Life youth ministry founder Jack Wyrtzen traveled all the way from New York stating, "Usually, when I am asked to speak at a dedication service, it could be called Mortgage Manor. But this dedication is different — six new buildings, a campus of a half-million dollars and not a mortgage on the grounds." As the motto of the school was announced, "Put a Boy in God's Hands", 11 boys proceeded to the podium in the new gymnasium, reciting Ephesians 2:2-3 from the Bible.

"Wherein in time past ye walked according to the course of this world, according to the prince of the power of the air, the spirit that now worketh in the children of disobedience: Among whom also we all had our conversation in times past in the lusts of our flesh, fulfilling the desires of the flesh and of the mind; and were by nature the children of wrath, even as others."

Applause arose from the gathering, the crowd unaware of the unfolding events that would end at Rev. Blossom's own hands in his role as director at Honey Creek.

On May 1, 1973 Floyd Starr Day was declared in Michigan on Starr's 90th birthday, drawing special recognition from the House and Senate of the state of Michigan, the state of Ohio, as well as Michigan's Governor William G. Milliken, and former Michigan Governor George Romney." Invited to speak at the event, Blossom garnered immediate respect through his association with Starr Commonwealth, solidifying his new position as director of Honey Creek Christian Homes and his new venture as director and founder of New Horizons Youth Ministries, an alternative facility that focused on serving delinquent youth, both private contract and state wards.

The actual program deviated from what was advertised to parents and students. New Horizons generated an image of culture and education, publishing fliers and showing slides in the quest to convince parents of the benefit of their life-changing program. A boy that attended Caribe Vista writes, "It was the first day of spring, but the stifling tropical blanket tossed over me as I exited the tiny aircraft, foretelling of a miserable, humid hellhole not imagined in the colorful slide-show with which I had been presented (suckered) a month ago. I dutifully followed the Reverend Timothy Blossom, the leader, founder, and self-appointed guru of Caribe Vista Youth Ministry." A 1972 article in the Bryan Times read, "Caribe-Vista is a short-term accredited concentrated program for selected US teenagers, offering cultural and personal enrichment in a homestyle atmosphere. When Ben [Blossom] returns he will have experienced living a close neighboring country, studying their customs and problems. The teenagers not only continue their regular high school courses, but also will be involved in sociological and anthropological field trips, participate in peace corps type projects, native festivals, sugar-making and native crafting studies in cooperation with the University of Nebraska."

In 1972 Rev. Blossom incorporated New Horizons Youth Ministries in Grand Rapids while working as director of Honey Creek Christian Homes, initiating a shell game of ministries and leadership. It was a move that conflicted with Honey Creek's Articles of Incorporation. The Haitian program now relied heavily on private contract students, shifting its status toward a for-profit corporation. Blossom's failure to maintain both staff and student visas and failure to legally incorporate the facility in Haiti revealed a critical evasion of taxes generated by the facility in Haiti. In February of 1974 Rev. Gordon Blossom disclosed his revocation as director of Honey Creek Christian Homes to the Grand Rapids Press. When Michigan Supreme Court Administrator Russell Baugh questioned the legality of out-of-country placements in a letter to judges in 1974, five Michigan courts ordered the immediate return of their wards. Michigan's State Department of Social Services also halted payments from the Child Care Fund. By January of 1975 Rev. Blossom was legally removed from Honey Creek Christian Homes Board of Directors.

Modeled after the residential facilities of Starr Commonwealth, New Horizons distinguished itself by limiting its intake to children between the ages of 12 and 17 and by engaging in practices that were often found in conflict of state statutes by judges, parents and social service agencies. Holding a Bible certificate from New York, Rev. Blossom coined the term "culture-shock therapy" as one of the foundations for his program's approach. "Culture shock is one of the major reasons my staff are able to change behavior. The teen experiences a feeling of loss and loneliness and becomes extremely dependent on those nearby. At the same time he is more receptive to new ideas." The program also utilized a confrontational approach to the children housed at their facilities. Placed on a strict point and level system, those that failed to make their points faced staff that yelled and threw them about or forced them into lengthy punitive exercises. Antiquated penal methods of punishments utilized thousands of years ago resurfaced in the ministry including strappings, enforced silence and haircuts. An adult male could whip students violating New Horizon's policies using a wide leather strap. They braced themselves over a chair to prevent from falling over from the force. The straps left cuts that bled as well as bruises and blisters. Others would be forced into silence, only allowed to communicate through notebooks. Haircuts were another ancient form of penalization used throughout the ministries' history. The punitive aspect of the program was often discovered as an after fact. The Blossoms inconsistently revealed the extent and true nature of their therapeutic treatment, at times citing punishment as a valuable aspect of the program's therapeutic success.

Following his loss of license in Michigan and support of judges, Rev. Blossom embarked on an elaborate interstate shell game of staff and facilities. By establishing facilities in Florida, Indiana, Canada and the Dominican Republic, Blossom embarked on a journey of dual status profit, non-profit corporations under the names of his son Timothy Blossom as well as other staff.

[Editor's Note: In part three of "To Hell and Back: a NUVO series" Rosado continues following Blossom's growth of New Horizons Youth Ministries, including the expansion into Marion, Indiana, the Dominican Republic, and an attempt to expand into Florida, while exploring some of the peculiar methodologies NHYM claimed were "therapeutic." Look for part three Jan. 6.]

Read To Hell and Back Part One: A NUVO Series