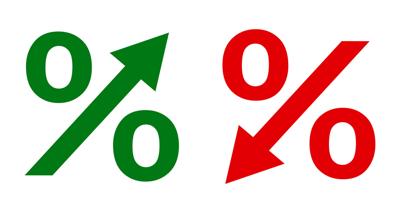 Billy and wife Billie visited over the weekend. “Well, go ahead, tell him,” Billie declaimed as she slid into a rocking chair, glass of iced-tea in hand. “I’m tired of explaining what He couldn’t be bothered to learn, bull-headed creature that He is.”

“What’s the problem Billy?” I asked.

“My boss,” Billy, who isn’t too generous with words, said.

“His boss, my foot,” Billie interjected, obviously intending to be the color commentator to Billy’s play-by-play.

“What about your boss?” I asked.

“That’s not all of it,” Billie insisted.

Billy paused, then spit it out like a rotted prune, “He say he’ll give us back 50%. Seems fair to me, but She isn’t satisfied.”

“Satisfied?” Billie snorted. “Fair? Fool! Nothing fair about it.”

I had to agree with her, but I couldn’t take sides in the county’s premier perpetual domestic disturbance.

There was a long, uncomfortable pause before Billy answered, “$50.” “Yes, exactly,” I effused. “So there you have $50 in your paycheck and the boss says next week it will be 50% higher. How much are you going to get in that next paycheck?”

This time the silence lasted long enough for all the ice in the iced-tea to melt. But when the quiet broke, Billy muttered, “Why that dirty cheat! “He’s giving us $25 back, just half of what he took away.”

Billie sat there rocking and smiling, until she broke the new silence. “That’s my Bill, no fool when he puts his mind to it. The only way to get back that $50 is to have a 100% increase on the new, lower pay level.”

“Last week,” Billie said, “newscasters and politicians swallowed the claim that a 33% increase in the nation’s economy offset a previous 32% decline. They should’ve figured out it takes a 47% increase from the low to get back a 33% loss. But when a government or business leader makes that kind of mistake, eyebrows are not raised.”

That’s when Billy put the finishing touch on the discussion. “Putting fertilizer on a yardstick won't make it grow,” he asserted.

“You ponder that one,” Billie told me as she ushered Billy to the car.