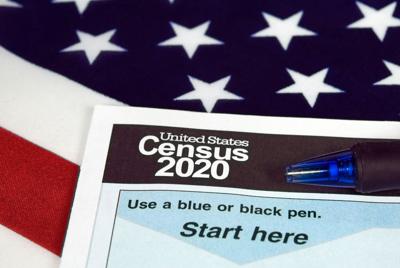 While the legislators are home telling their constituents just how wonderful they have been recently, the east entry to the Statehouse is closed for repairs. Thus I was surprised when I heard the rasp of a familiar voice coming from the back of the statue of Gov. Morton.

It was Sorethroat, my longtime conduit to all matters political below the radar. “Where ya goin’?” he asked approaching the fence that separated us.

“To lunch,” I replied. “Lunch,” he said. “With the price of cigs so high, I don’t do lunch anymore. But I got something you could chew on.”

“The hot topic for the legislature of 2021-22. It’s going to be a barn-burner, so to speak. Where are people moving within metro areas?” he said.

“You’re pulling my leg,” I responded.

“Not in the least,” Sorethroat objected. “Billions of dollars hang on figuring out if there is a revitalization and transformation of downtown spreading across America. We only know what we’ve seen, but the 2020 Census will give us a better picture.”

“Come on,” I said. “Just look at Chicago. Huge residential buildings and the services needed to support them. And we’re seeing that, on a smaller scale, in Indianapolis.”

“But,” he rebutted, “is Chicago typical or just an exception? Census has data comparing where people lived in 2000 with 2010. Only Bloomington showed a growth in downtown living of all Indiana metro areas. And that’s probably a college town thing, as with Iowa City and Morgantown (WV).”

Since he got me thinking, I went home and pulled up the data from the Census Bureau, And Sorethroat may brright.

Basically, living within two miles of city hall can be thought of as living downtown. Chicago added more residents living downtown (48,300) than any other metro area in the U.S. between 2000 and 2010. Furthermore, among large metro areas, Chicago had the greatest percent growth (36.2%) in downtown residents. Dallas was close at 32% growth, but only a 12,100 increase in numbers. New York added 37,400, but only a 9% increase. Roughly half of all 366 metro areas in the nation saw more downtown living. Yet most of that was pretty small potatoes.

If Chicago is the trend-setter, what does that mean for the rest of the metro area? We have spent billions on urban sprawl and neglected the infrastructure of the central city. Where are jobs going? Are the new downtown folks downtown workers? Is the trend driven by the allure of downtown living or by the horrors of long commuting trips?

Except for Bloomington, all the other Hoosier metro areas lost downtown residents. South Bend was the biggest loser (down by 7,400 persons, 12%) followed by Indianapolis (down 4,700, 9.5%).

The new Census will tell us if Chicago was the leader of the pack, or like the Cubs, an inexplicable phenomenon.