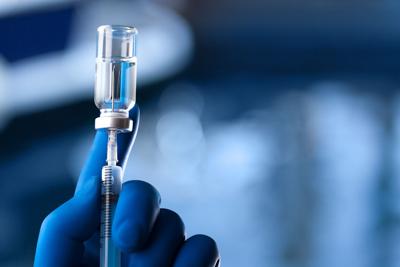 Hospitals are supposed to post their prices online so people can compare and contrast, but a new study shows many are not complying with the new law—including one hospital in Indiana.

Since Jan. 1, hospitals were expected to show their prices to consumers, making costs easily available. The rule has been reinforced by Pres. Joe Biden’s administration, saying in a July executive order that the lack of transparency concerning prices results in a lack of competition among companies—in this case, health insurance, and hospitals. Therefore, “families are paying higher prices for necessities—things like prescription drugs, hearing aids, and internet service.”

Yet almost 95% of hospitals, including one in Indiana, are not living up to the requirements, according to Patient Rights Advocate, a nonprofit consumer organization that released its Semi-Annual Hospital Price Transparency Compliance Report in July.

According to the report, Indiana University Health Medical Center in Indianapolis shares its costs as an average charge instead of a gross one, meaning that it is not presenting the actual amount the hospital charges the patient.

Similarly, the hospital shows negotiated rates as percentages instead of actual prices. The regulations require hospitals to show charges and rates, rather than making customers do the calculations to figure out how much they are going to be charged.

“IU Health believes we are compliant with current requirements and strongly supports price transparency and is committed to providing innovative tools to help patients and healthcare consumers understand the cost of care,” Indiana University Health said in a statement to The Statehouse File.

“We continue to incorporate feedback from stakeholders to improve the list of standard charges. Additionally, our estimate services have proven popular among consumers, providing personalized, out-of-pocket estimates for 90,000 services annually and offering nearly 800 services in our self-service price estimator tool.”

The study randomly selected 500 hospitals across the country; the results showed that 94.4% failed to comply with the price transparency rule.

Cynthia Fisher, founder, and CEO of Patient Rights Advocate, said she’s more than surprised to find out that only 5% of hospitals abide by the rule. Her organization has helped consumers to be able to see prices and get the full scope of information to make the necessary decision based on their needs.

“[Patients] have to pay with a blank check because we’re financially responsible, we sign in by penalty law that we will be totally responsible for whatever medical debt they charge us, and that’s just wrong,” Fisher said. “Because every other facet of our economy, whether it’s buying groceries or buying clothing or buying an airline ticket, we know prices upfront.”

She said that hospitals and insurance companies displaying their prices give power to consumers to make their own decisions and take charge of their expenses.

According to CNBC, one in four people avoid health care because they cannot afford it. Up to 22% of people skip anything related to healthcare, whether that is a yearly checkup or vaccinations.

According to a nationwide study by RAND Corporation, Indiana has one of the highest rates for health care, placing sixth in the country.

“This is a big deal because this is our moment in time to make healthcare affordable for all Americans, by patients getting into the driver’s seat, through being well informed about prices upfront rather than not informed,” Fishers said.

“And unfortunately, those hospitals that are not complying with this rule are doing financial harm to their patients every day because they’re keeping us ill-informed. So we’re asking for it to be game over with hospitals keeping patients in the dark to save their own money and instead start competing on quality and outcomes and put cost efficiencies into your hospitals.”

According to the RAND Corporation, in the U.S., the prices for prescription drugs are more than two times greater than in other countries. As a result, a poll by the Kaiser Family Foundation shows that one in four Americans who are on prescription drugs say it’s hard to afford them.

According to the Commonwealth Fund, up to 41% of Americans have some type of problem with medical bills or are falling into medical debt, compared to 34% in 2005.

“This is the law, right? I mean, can you imagine if 94.4% of us didn’t stop at a stop sign? … [Hospitals] are causing chaos and collisions of people’s finances. And in some cases, they’re causing death because people aren’t taking their medicines or their drugs or they’re losing their homes,” Fishers said.