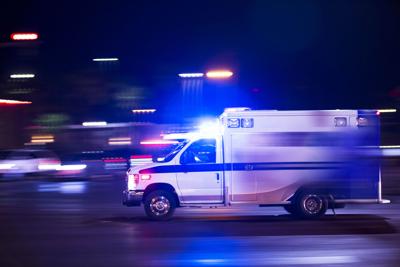 The Indiana Maternal Mortality Review Committee published its findings in December 2020. Of the 63 pregnancy-related deaths identified the majority occurred postpartum, and the most common contributing factor was substance abuse disorder. Accidental overdose was overwhelmingly the leading cause of death. This is part one of State Representative Rita Fleming’s (D-Jeffersonville) opinion.

The patient I admitted was not unlike those I had seen many times before. Screaming with unrelenting contractions, demanding relief. Her tox screen ultimately revealed methamphetamine, but it was evident by her appearance — bone thin, picking incessantly at sores on her face and arms, most teeth missing. She was acutely ill. Despite bleeding profusely, her blood pressure was markedly elevated. Nurses had trouble accessing an IV line; most of her veins were used up. She had no prenatal care, no due date had been established. A quick ultrasound revealed absente fetal heartbeat, approximately 34 weeks pregnant.

I ordered antihypertensives to lower her blood pressure and initiated the mass transfusion protocol. Unable to contain the hemorrhage, we rushed to the OR for a cesarean section delivery. She had suffered a complete placental abruption — separation of the placenta from the uterus — and very recent fetal death. We had seen quite a few of these.

Over the course of her recovery, I had several conversations with the patient, although she was initially reluctant. I was an obstetrical hospitalist, working in labor and delivery, so I had time to sit at the bedside and explain what had happened and tell her I was sorry for her pain and loss.

She had not experimented with drugs, did not set out to become a drug user. A high school injury was treated with opioids, then refilled again and again. Addicted, and unable to obtain more narcotics, she found a dealer who readily supplied her with drugs. When opiates became unavailable, methamphetamine was cheaper and easy to get. She ran out of money, stole from family, then paid with sex. But she did not intend to become pregnant. Scared, and ashamed to admit her drug use, she avoided seeing a doctor.

This is a recurring theme in the Maternal Mortality Report. Among women with pregnancy-associated deaths, 23.8% had no prenatal care. And 28.6% had care only in the second and third trimesters of pregnancy. As health care providers, we know that early care during or even before pregnancy results in better outcomes for the mother and baby. But as the report indicates, “These health conditions (substance abuse and mental health disorders) are among the most stigmatized conditions, and providers’ attitudes toward them impact the care received by the patient…”

The report is comprehensive, and reflects a dedication to fact-finding and problem solving by the many health care experts who voluntarily served on the committee. The recommendations for the State of Indiana, systems of care, facilities, communities and providers are spot on for preventing maternal death. And the opportunities for intervention during pregnancy and the postpartum period should be noted by all providers.

But what about preventing pregnancy in the first place?

She could have been my daughter, my niece or a neighbor. Not enough was done for her, but we could do better for the women after her.