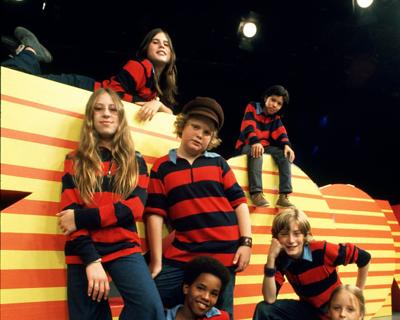 Before COVID-19, I hadn’t ever used Zoom video-conferencing software. I was more familiar with the eponymous children’s TV show that used to run on PBS stations in the early 70s than I was with the web application that is now a part of my life.

The first iteration of ZOOM aired from 1972-1978. In the show’s intro segment, seven tween hosts in rugby shirts dance on a soundstage in front of giant ZOOM letters, singing out their theme song: “We’re gonna ZOOM, ZOOM, ZOOM-A, ZOOM.” Then, still singing, they address you directly: “Who are you? What do you do? ... Let’s hear from you …”

ZOOM was, in its 70s way, interactive.The show encouraged kids to write letters to ZOOM with their ideas, suggestions for activities, riddles, and jokes. The ZOOM cast members read, answered, and discussed the letters during a segment called “ZOOM Mail”. The reboot of the show, which ran from 1999 - 2005, encouraged kids to email (or as they called it “Z-mail”).

You might wonder if former cast members are getting together on Zoom to reminisce about the days of ZOOM. In fact, this has already happened —  and more. In April WGBH, the Boston PBS station that produced both ZOOM iterations, created short video segments  where former cast members lead their audience through science experiments and fun activities.

My Zoom activities aren’t always as fun. Don’t get me wrong: I like the two graduate-level English courses I’ve taken over Zoom during the pandemic (and I can’t imagine a better forum for discussion of works like Simulacra and Simulation by Jean Baudrillard) but the three-hour-long classes often leave me with Zoom headaches. Yes, it’s a thing. I consider myself fortunate, though. As of yet, I haven’t yet been Zoom-bombed (also a thing) by intruders accessing Zoom IDs and yelling obscenities or dropping trou in my web meetings.

Still, such hazards are negligible compared to the infection risk that attending an actual classroom would present. And I consider myself fortunate to be able to afford the internet upgrade that makes zooming possible. (Formerly, both my daughter and I were both using my phone’s hotspot to connect our laptops to the internet, which was far from ideal.)

Speaking of the IAHI, the institute, along with the IU (Bloomington) Arts & Humanities Council, sponsors a weekly Tuesday night Zoom forum titled Quarantine(d) Conversations featuring scholars lecturing on COVID-19 related issues. Check here for forthcoming forums. Also happening all this month, each Tuesday, is a special graduation program presented by Kurt Vonnegut Museum and Library. On May 12, featured guests will be novelists Russell Banks and Dan Wakefield, along with David Brancaccio, host of NPR’S Marketplace.

I wonder what Vonnegut would make of COVID-19 which sounds like Ice-9 from his novel Cat's Cradle. I wonder what he would make of Zoom, and social media in general.  Would he consider a Facebook friend part of his karass? I feel pretty well-connected, through Zoom, but not necessarily to my karass.

My daughter —  who laughed when I showed her a YouTube clip of ZOOM circa 1972 —  is better connected than I am. Naomi connects to her classes via Zoom, to her friends via FaceTime, and is part of 10 different group chats (at last count.) A sophomore at Carmel High School, she also participated in their virtual prom this year on Zoom. It featured a deejay, who just so happened to be a Carmel High English teacher. Naomi dressed up in a black dress to watch the proceedings at her desk, in her room.

I just hope that my daughter will be able to attend the prom, for real, next year.