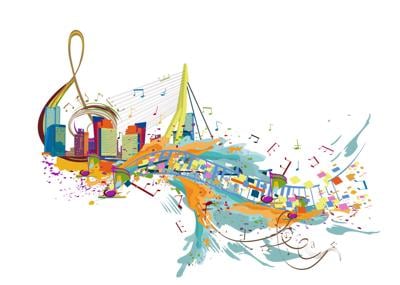 “This legacy is at risk,” wrote Campbell MacDonald, principal clarinetist of the Fort Wayne Philharmonic and chair of the Philharmonic Players' Association, last week in The Journal Gazette. That legacy of the 77-year-old orchestra is now endangered by Covid and the resulting dispute between management and its 65 musicians.

We all know many restaurants have closed. In some cases, it is like losing a valued friend. How do those closings compare with the loss of a symphony orchestra?

Many community leaders are now realizing Indiana’s chief economic problem is a scarcity of cultural assets; Indiana’s 26 orchestras are among our vital community assets. They might be impossible to rebuild once gone.

Assembling even a decent orchestra, let alone one of established character, is a virtuoso task.

The Indiana Arts Commission (IAC) reported receiving $473,900 from the $75 million Congress allocated in 2020 to the National Endowment for the Arts (NEA). IAC then spent $504,000 from the Indiana Arts Emergency Relief Fund. How much did the FW Philharmonic get? I don’t know, but, as with many enterprises, it wasn’t enough to survive. Hence the conflict between management and labor.

Some people don’t focus on symphonies or restaurants. They fixate on the federal debt, without understanding the difference between personal or household debt and federal or sovereign debt. They see a rapid expansion of the money supply as the cause of inevitable inflation and hardship passed to succeeding generations.

However, modern monetary theory (MMT) holds governments can print money to prevent economic collapse without fear of inflation or kicking the can down the road to our kids. That idea is well expressed in a currently popular book, The Deficit Myth by Stephanie Kelton. For some readers, MMT is a new economic gospel. Others denounce MMT as heresy and a recipe for economic disaster.

Simply put, MMT contends governments can run a deficit (increasing the debt) without stimulating inflation when there are idle resources. MMT requires un- or under-utilized resources. In the labor force, it means either unemployment or unwillingness of people to work for pay.

With more money in circulation, wages can be raised to attract people into the market economy. Simultaneously, underutilized buildings, land, and machinery could produce more, and new investment will increase productive capacity.

However, there are concerns. If these under-utilized people are retired workers, students, caregivers, or artists/hobbyists with adequate economic support, why should they be “at work?” Will more money in the market economy draw labor from the unmeasured economy (either legal or illegal)?

Today we do have many under-employed people and workplaces that are running well under capacity. These are exactly the conditions MMT could resolve with targeted government stimulus. Money, however, should be distributed not only to persons in need but also to those institutions, like the FW Philharmonic, that sustain community strengths. Our legacies are at risk.

Yi-Fang Huang, a violin virtuoso, is this week’s guest on Who Gets What? Raised in Taiwan, educated in Argentina, now he performs extensively from his adopted home in Basel, Switzerland. This podcast concludes with his performance of the 3rd movement from the Sebelius Violin Concerto. Listen to  Who Gets What? at mortonjohn.libsyn.com