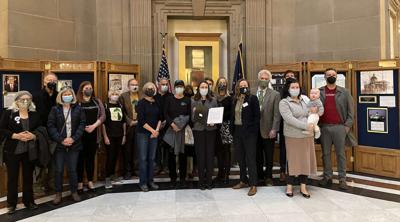 The DNR has estimated dollar values for some of the annual benefits wetlands provide:

The water storage and water quality functions of wetlands can be replaced by building stormwater infrastructure, but at a substantial cost, and without wildlife, recreation, air quality, and climate benefits. EPA data on the cost of stormwater infrastructure, adjusted to 2021 dollars, show that the least expensive option costs over $86,000 per acre of wetland being replaced6. Preserving existing wetlands saves these construction costs and provides the most cost-effective stormwater management available.

The Science and Classification of Wetlands

Proponents of SEA 389 have argued that Class I wetlands have no value, but according to the definition, Class I wetlands are characterized as lacking one or more of a list of features. They do not lack all of them. The full definition from Indiana statute is included here to help counter the mischaracterization that has been used as justification for eliminating protection of Class I wetlands.

(1) "Class I wetland" means an isolated wetland described by one (1) or both of the following:

(A) At least fifty percent (50%) of the wetland has been disturbed or affected by human activity or development by one (1) or more of the following:

(i) Removal or replacement of the natural vegetation.

(ii) Modification of the natural hydrology.
(B) The wetland supports only minimal wildlife or aquatic habitat or hydrologic function because the wetland does not provide critical habitat for threatened or endangered species listed in accordance with the Endangered Species Act of 1973 (16 U.S.C. 1531 et seq.) and the wetland is characterized by at least one (1) of the following:

(i) The wetland is typified by low species diversity.
(ii) The wetland contains greater than fifty percent (50%) areal coverage of non-native invasive species of vegetation. (iii) The wetland does not support significant wildlife or aquatic habitat.

(iv) The wetland does not possess significant hydrologic function;

From the definition, it is clear that some of the Class I wetlands have low species diversity, some have more than 50% invasive vegetation, and some lack significant hydrologic function. The definition states “minimal wildlife or aquatic habitat or hydrologic function” and “the wetland is characterized by at least one (1) of the following” [emphasis added]. It does not say the Class I wetland is characterized by “all of the following”.

Given IDEM’s estimate that 58% of Indiana’s remaining isolated wetlands are Class I, eliminating their protection will lead to substantial loss of the benefits they provide. They should not be discarded as the undeniable impacts will be widely felt by thousands of Hoosiers.

SEA 389 will also cost the state by sending the wrong signal about Indiana. Businesses and talent often make location decisions based on a state’s environmental quality and reputation. Industries make decisions based on the availability of key resources as well as the future reliability of those resources, of which water often tops the list. SEA 389, if passed into law, would declare that Indiana has a deep-seated disregard for natural resources.

Wetlands are part of the water system, which is a shared resource, and that is the fundamental reason for their protection in law. The water ignores property lines. If there is a one-acre wetland on property A, it can absorb 1 – 1.5 million gallons of water. While it’s holding that water, it’s letting it soak in and recharge the groundwater. If the wetland on property A is destroyed, then there will be less groundwater and the neighbor’s well might dry up, and during the next big storm, the million gallons the wetland would have absorbed will have to go somewhere else. It could flood the neighbor.

SEA 389 is not supported by the general public. There has been a massive outpouring of support for wetland protection from Hoosiers all across the state during the debate on this bill. The intense and widespread public opposition from diverse constituents should trigger pause.

90 organizations signed a letter calling on the General Assembly to preserve wetlands and to consider other policy options7. This letter represented unprecedented unity across sectors of Indiana society. It included hunting and fishing groups, river commissions, lakes associations, faith groups, architects, environmental and conservation groups, professional associations, and municipalities. Only the Farm Bureau and Builders Association supported the final version of the bill.

The votes in the General Assembly also demonstrate a lack of robust support for this bill. There were only 58 votes in favor in the House and 31 in the Senate. The nay votes included members of both parties.

The letter signed by 90 organizations offered policy alternatives that were never considered during debate on SEA 389. The letter recommended changes that would simplify wetland permitting and create incentives for wetland preservation. Also, none of the 90 organizations were represented in negotiation of the final version of the bill, despite the extensive wetland expertise many of them have.

Wetland permit holders have complained about the complexity of the wetland permit process. They often find themselves with both federal- and state-protected wetlands in the same project and struggle with the differences. There are policy solutions that would streamline state wetland permitting, ensure scientifically-based assessments, align with federal regulatory processes, and provide clear, simple exemptions for common land use challenges. These common-sense and practical suggestions include concepts such as:

● Remove reference to wetland Classes, and instead define state-jurisdictional wetlands by their type, using the same classification and nomenclature as the US Army Corp of Engineers (USACE) uses, i.e. Emergent, Scrub-Shrub, and Forested (PEM, PSS, PFO). This classification system acknowledges the functional value of any given wetland (e.g. its water storage capacity and its habitat) and is common across the country.

o Further define a small subset of these to a category known as ‘Critical Wetland and/or Critical Special Aquatic Site’. These would include rare or unique state- regulated wetlands and would use the same definition as the federal permitting process (401/404) does for acknowledging these special wetland resources (e.g. fens, bogs, dune/swale, etc.). Most of these are currently classified as Class 3 wetlands in Indiana and make up a very small percentage of permits. Decide how to best protect this subset (e.g. required avoidance, unique mitigation ratios, etc.).

permits). General permits are an easier permit pathway, and the USACE already has criteria for this pathway. Such alignment would provide process clarity and consistency for permittees.

To date, Indiana’s policy for wetlands has centered on replacing (“mitigating”) wetlands that are filled or disturbed. However, preservation of existing wetlands is more cost effective than mitigation, so it would be advantageous to also look at protecting these valuable natural resources through incentive programs. For instance,

● Create tax incentives for protection and preservation of existing wetlands, so landowners would be compensated for any opportunity cost. Lost tax revenue would be a fraction of the cost of having to manage the resulting flood waters and pollution from lost wetlands.

These are wetlands that may have developed due to construction earthwork that has sat idle for a few years, etc. (e.g. runoff from a large gravel pile that collects at a low spot and wetland conditions develop)