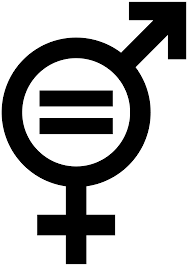 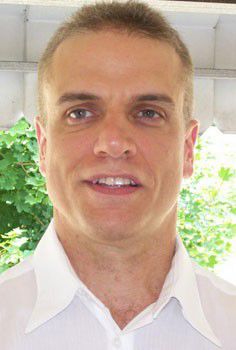 I’ve been reading a lot of the coverage of the Louisiana movie theater shootings, and I’m furious. Some of the headlines read “2 people shot…” or “2 killed in theater,” and with several of them, I made it through the whole page without knowing the victims’ names or faces. They seem to want to chalk it up to a random act of psychotic violence, but it wasn’t.

It was a directed act of violence against women.

John Russell Houser did not choose a movie theater to randomly shoot up. He didn’t walk into any screening of any movie that happened to be full. The Washington Post reported that he was “concerned with the growing power of women.” He chose a movie with a female protagonist marketed toward the modern 20-something. He killed two women.

His act is being reported that he  “killed two people” in a movie theater. But he didn’t go in there to shoot people. He went into that theater to kill women.

Why won’t anyone just say that? John Houser wanted to kill women.

It continues to be reported that “No one knows his motive.” But of fucking course we know his motive: to rid the world of a few more power-hungry "feminazis." To eliminate what he has been conditioned to see as the problem: women demanding more say in our careers, relationships and our bodily autonomy.

I’m tired of the larger media turning into that girl from college who “prefers the term ‘humanist.’”

Humans haven’t been erased, oppressed, raped as an act of war, or become more likely to be murdered when they’re pregnant. Women have. Women are. Those are distinctly female struggles, and just like we’re not living in a post-racial society, we’re also not living in a post-gender society. When one group has more power to control the destiny of other people not in power, that means the evolution can’t be allowed to stop by sanitizing the oppressed party from the language.

Let’s not kid ourselves when the facts are staring us in the face. Unlike James Holmes, this right wing nut job with an obsession with “keeping women silent as they should be” didn’t choose the feminist movie written by the feminist comic because of the day. (Apparently, Holmes chose opening night simply because the show would be crowded.)

John Houser went to that screening of Trainwreck to kill women because he hated women. Just like Marc Lépine did in Montreal in 1989, during which he shouted ""You're all a bunch of feminists, and I hate feminists!" Just like George Sordini did in 2009 when he shot up a Zumba class because, as his suicide note stated, he couldn't get a girlfriend. Just like Elliot Roger did in 2014, who subscribed to a reddit forum on which "Sordini" was used as a verb. Murder is the crime and misogyny is the motive. Don't insult every woman killed by the hands of a violent misogynist by softening his label to garden-variety nutcase.