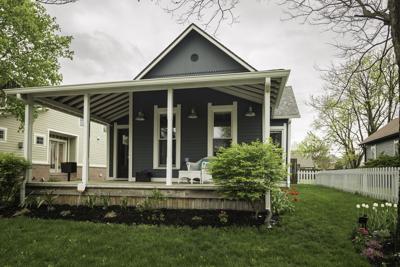 The 2020 Census tells us Marion and Hamilton counties accounted for 40% of the state's population growth of persons 18 years and older with 37% of Indiana’s increase in occupied dwelling units from 2010. Meanwhile, over the last decade, Delaware and Grant counties led the state in both lost population 18+ and a decline in the number of occupied dwellings.

Vacancy rates can be difficult to interpret. A housing unit may be vacant because it has been abandoned or is unsuitable for occupancy yet is still standing. It may be awaiting sale or rental. Or it may be a second home or a seasonal dwelling.

In 2020, Indiana’s vacancy rates were lower in 83 of 92 counties. They ranged from less than five percent in the suburban Indianapolis metro area (Hancock, Hendricks, Hamilton and Johnson counties), to more than 20% in four counties.

Kosciusko County presents a question: While both adult population and occupied housing units in Kosciusko increased by slightly more than the 6.5% and 6.6% statewide rates, why was there an 18.2% vacancy rate, the sixth highest in the state? Is this a temporary case of recent overbuilding?

Nationally, overcrowding in housing is of declining concern as household size decreases. More people living alone, fewer children, and higher incomes have resulted in more space per person. According to a study for the U.S. Department of Housing and Urban Affairs, “the rate of overcrowding fell from 2.82 percent to 2.41 percent between 1985 and 2005.”  In addition, over those same 20 years, households went from an average of 740 square feet per person of living space to 916 square feet.

The 2020 Census reported 2.54 persons per occupied housing unit in Indiana, with a high of 3.19 in LaGrange County and a low of 2.34 in Blackford County. This does not mean no families live in overcrowded conditions. Averages easily hide reality, but we don’t have the data, as yet.

We’ll know more about population and housing when more data are released.

Editors and interested readers: You’ll find county-by-county data on the attached spreadsheet. There are separate tabs for 2010, 2020, the changes between the two Census years, and a summary tab which was a basis for much of this column.