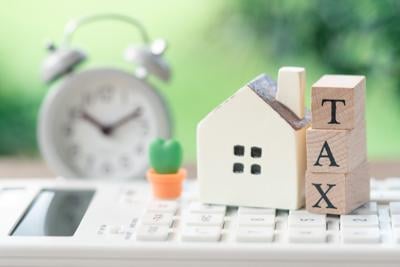 In 2010, the General Assembly, inspired by Governor Daniels, offered voters an amendment to the State Constitution that capped property taxes as a percent of gross assessed value.

Hoosier rose to the bait. Of the 1.56 million who voted, 72% approved the measure. They believed lower property taxes were a good idea. They didn’t think through the consequences of lower local property taxes and the shift of power they granted to the General Assembly.

The property tax starts with a local assessment of value. If you think the assessment is wrong, you can discuss the matter with your county or township assessor. Or you can appeal the assessment through a local board and even arouse your neighbors to protest inappropriate assessments.

Homeowners, renters, and businesses are dependent on local governments for schools, libraries, parks, and public safety services (sanitation, health, police, and fire). Some voters, however, don’t see themselves as significant users of local public services. As a result, they can be convinced property taxes are too high and supporting a property tax cap amendment to the state Constitution will benefit everyone.

This past week several reports have come out proclaiming the health of Indiana’s finances, our massive state surplus, and the refund of the excess to be paid out to taxpayers. How much of this bonanza resulted from the state failing to use federal Covid aid as intended?

The state has replaced some of the shortfalls in local revenues caused by the property tax caps. For schools alone, according to the Legislative Services Agency, that shortfall amounted to $307 million in 2020. This was only part of the one-billion-dollar losses for all local governments from the tax caps that year.

We are told there’s too little money for the protection of children, for public safety, for the security of the elderly and infirm, for rehabilitation of the addicted, even for local potholes. The everyday maintenance of public buildings, streets, and traffic signs and lights, along with other services are taken for granted.

The neglect of our cities, towns, and counties is accepted by Hoosiers who can’t believe we’re more comparable to the poorer Southern states than to our Great Lake neighbors.

But how could there be any knowledge of these matters without quality state and local news coverage?

Tia Link, an emerging Indianapolis actress, starred in a recent Heartland Film Festival Short, “Rosie’s Rescue,” by our previous guest, Terry Marsh on Who Gets What? Tia is also a licensed attorney preparing to teach (which is a form of acting) at IU’s McKinney School of Law. Hear Tia and other interesting people who do interesting things on Who Gets What?wherever you access podcast or at mortonjohn.libsyn.com