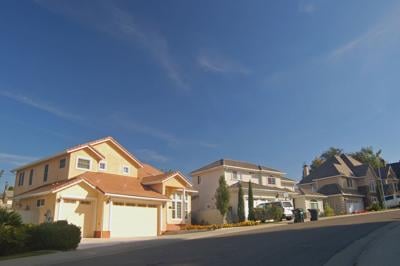 Fewer children reduce the number of bedrooms a family desires and allow an older population to spread out in existing homes. Nonetheless, many older persons seek smaller quarters, if they are able to downsize and give up excessive memorabilia.

That increase of 127,600 (4.6%) in the number of Hoosier housing units is a net number. The data we have in this release does not indicate how many units were built or retired from the housing stock in the past ten years. (A retired unit may be one that has been torn down or converted to a use other than housing.)

More importantly, a housing unit can be occupied or vacant. Occupied units increased by 165,400 (6.6%) and vacant units decreased by 37,800 (-12.9%). Vacancies fell statewide from 10.5% to 8.7% of the housing stock during the decade. Except for seasonal vacancies, empty and abandoned units can represent adverse economic conditions. Or they can be the seeds of community hope.

There are two ways of looking at the relationship between housing and population. A total population divided by the number of occupied housing units gives us the standard metric for crowding. In 2010, that figure was 2.59 persons per unit and slipped to 2.54 in 2020. The decline in the number of children and other factors mentioned above account for that slight change.

But who makes housing decisions? It’s not children, no matter how influential they may be. The number of persons age 18 and older divided by the number of occupied units is a measure of housing demand.

How was it, in a time of dramatic and often traumatic change, a key measure of Indiana’s housing market was virtually constant? Growth in the population (4.65%) was almost perfectly matched by growth in the housing stock (4.56%). Was this the wisdom or the failure of the market? Or does the answer lie with government policies?

Scott Manning, Deputy Chief of Staff, Indiana Department of Transportation, is our guest this week on Who Gets What? Scott explains the long and significant process of planning highway development for heavily used Hoosier highways. Those detours, barrels and cones indicate better roads ahead. Find Who Gets What? where you generally seek podcasts or atmortonjohn.libsyn.com