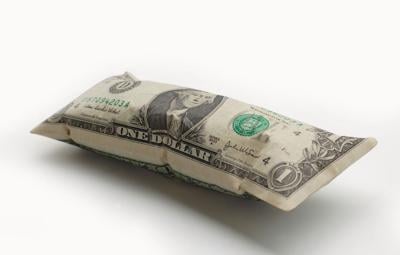 Hank Hoosier explains his low income by saying, “We have a low cost of living in Indiana, so our incomes don’t have to be as high as elsewhere.” He pays no attention to me telling him, “Your low income is why your cost of living is low.”

Today, I just lay it out flat for him. “Inflation is all we really know about. We don’t know beans about the Cost of Living. The Consumer Price Index (CPI), which so many people incorrectly call the Cost of Living, is just what it says it is: an index of consumer prices.

“The Cost of Living is hard to define. We all have a different idea of what standards should go into that concept. It can get rather personal, tied up with our expectations. We can know actual rental and grocery prices plus the quantities bought and then compare them over time. But a “Cost of Living” is a different beast for which we don’t have any official measure.”

“So, what’s the CPI for Indiana?” Hank challenges me.

“There’s no CPI for Indiana,” I tell him. “The Bureau of Labor Statistics (BLS) doesn’t give state-by-state measures of prices. They do have figures for the nation, some regions and 23 metro areas. They offer nothing for Indiana except a Chicago number which would contain some Indiana counties.”

“Then how can you talk about Indiana’s inflation?” Hank says.

“Ah,” I say. “The Bureau of Economic Analysis (BEA) compares prices in each state with those nationally. They tell us back in 2007, before the Great Recession, Indiana’s prices were 91.2% of the U.S. average. That put us in 34th place behind Hawaii, if we were in a race to have the highest prices.”

I could tell Hank understood precisely. His bubble was burst. Indiana isn’t really an inexpensive place to live, when you consider our income level. We’re just ordinary, like Ohio and Missouri.

“How ‘bout those Cubs?” Now Hank’s back on a high.