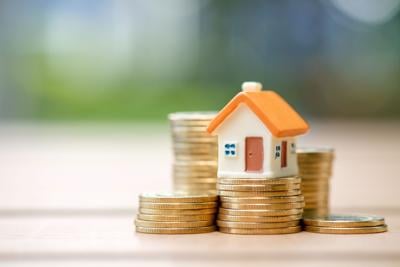 Sum up the GAV of all the properties in your county and you’ll have the county’s GAV. The sum of the counties would tell us the desirability of Indiana as a place to live and operate a business.

The GAV of Indiana rose by an average of 2.05 percent over the past ten years. Leading the state in GAV growth were Benton, Boone, Knox, and Hamilton counties, each above a four percent average annual growth rate. Trailing all counties were Switzerland, Ohio, and Vanderburgh, each exhibiting a very small average annual decline of less than 0.4 percent.

Growth alone, however, should be considered with variability, the year-to-year changes in growth rates. Very small rates of growth or decline will inflate variability ratings. Case in point: Vanderburgh County ranked 90th among 92 counties in average GAV growth rate and first in variability.

When politicians quote annual growth rates, Indiana Republicans are likely to quote a respectable average annual GAV growth rate above two percent for the past decade they were in office. The out-of-office Democrats will say the state actually fell well below that two percent rate of growth.

Both sides are correct because the rates they use are calculated differently. The Republicans have a 2.05 rate computed as the average of each separate annual growth rate. The Democrats are using a 1.97 rate, a compound average smoothly connecting the first and last years.

If the Democrats are on their game, they’ll stick the average national inflation rate into the mix. That’s a 1.73 percent rate over the same period They’ll proclaim Indiana’s compound average annual GAV growth rate 1.97, when adjusted for inflation, was a real annual growth rate of only 0.24 percent.

We believe the purpose of assessing property is to develop a base for collecting revenues local government can use to provide services to local people. Between 2010 and 2020, Indiana’s population grew by less than 0.45 percent per year while real GAV advanced by only 0.24 percent.

Is the idea to rid Indiana of the property tax and/or make local governments vassals of the state?

Zachary Fawbush leads The Crooked Creek Food Pantry in providing food and basic provisions to households in Marion County. As with other Indiana food pantries, the daily task of meeting the demands of clients competes with the uncertainties of supply. You’ll learn much about an oft ignored topic on the Who Gets What? podcast available at mortonjohn.libsyn.com