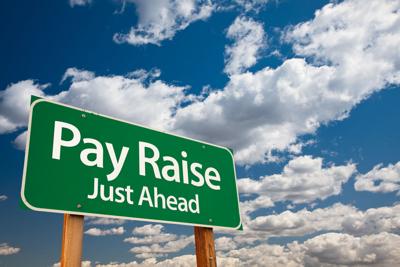 This week, we break new ground. The conclusion of this column will precede the data supporting it. But don’t consider this a permanent feature. We’ll return to slugging through the data soon enough.

Indiana workers, like their brothers and sisters nationwide, find their compensation declining as a share of GDP (the value of all goods and services). The details may not make the nightly news on Fox or MSNBC, it might even escape attention on NPR, the fact is of long duration and widespread.

The issue is a progressive transition of income from workers to business owners and managers. That may sound Marxist, but it is very much consistent with the most admired attributes of capitalism.

What do we expect of capitalism? Innovation - - in successive waves of advanced iPhones and home entertainment.

Capitalism, as we know and admire it, is designed to reward innovators who please consumers. Capitalism encourages the empowerment of consumers by the transfer of knowledge from a few to the many, via manufacturing and simplified filtering of knowledge.

That is how I can drive a car, work on a computer, eat good food, enjoy the Cubs (win or lose), and live so very long.

Imaginative people have found ways of doing things and incorporating that knowledge into goods and services benefiting others, who do wondrous things without possessing such knowledge.

Because men and women of all races and ethnicities learned to capture fire and to produce abundance from the land, we of impure blood today are polluting the world, passively awaiting the next innovative wave to restore some semblance of environmental equilibrium.

This would be satisfactory if the knowledge creators, those who tinker with or think about chemicals, particles, hormones, metals, with all forms of matter, and with complex processes, were rewarded adequately. But they are not.

Patents and preemptive contracts preclude the people who advance our society from the compensation they deserve. The “ordinary” worker on the line, who finds a better way to do the job, rarely receives compensation commensurate with the profit gained by shareholders and administrators. The clerk at a desk, who speeds up a process benefiting millions, often does not gain even slight recognition.

If we do not value people who improve our lives, what do we value?

GDP measures the value of all the goods and services produced in the marketplace. Compensation includes wages, salaries, and employer contributions to public and private benefits.

In this country, workers’ share of GDP declined in 47 states. In Indiana, those shares fell in 80 of our 92 counties.

I have the numbers but not the space to tell the full story.