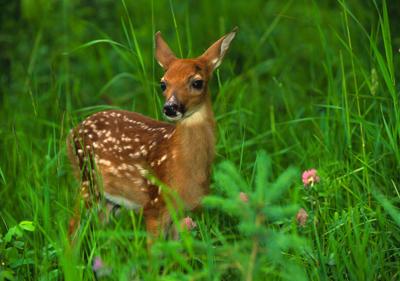 Zoom meetings, as practically everyone knows by now, can be weird. All those boxes and awkward angles faces seemingly aging before your eyes, those purgatorial stares. That said, it was fortunate the Long Beach Town Council resorted to Zoom for its monthly meeting last week. It’s doubtful they could have found an actual space large enough for everyone who showed up.

At one point I believe I heard there were 165 people on the line. Not bad for a town with a population a shade less than 1,200. A proposed deer hunt was the accelerant driving this spasm of public interest. If approved, the hunt, to be conducted by a crossbow-wielding team of DNR-approved sportspeople, was to begin September 15 and run through the end of January. The idea that hunters might be setting up blinds on neighboring property, prowling local streets, and possibly following wounded deer into peoples’ yards upset many residents. It seems they’d been giving Council members an earful.

The heat was turned to such a high degree that Council President Bob LeMay jiggered what was already an overstuffed agenda and, with the help of fellow Council member John Kocher, put forward a motion to declare a year’s moratorium on the hunt and appoint a special committee to conduct a public survey and come up with a longterm plan for dealing with our growing deer population. Under the circumstances, this motion was so sensible and decent, the ethernet itself practically heaved a sigh of relief.

Only one Council member, John Wall, voted against it. John’s service to our town is unimpeachable. He’s the Chief of our volunteer fire department and a member of the Street and Police Commissions. No one can or should doubt John’s dedication to our community’s well-being.

But in speaking out against the deer hunting moratorium John said there were some people in town who seemed to think they were living in a nature preserve. As if that’s a pipedream. As if living in close proximity to nature, instead of, let’s say, a typical suburb isn’t something to aspire to. And as if the specter of hunters in our midst, for months at a time, is anybody’s idea of residential peace and tranquility.

Sounds more like being stuck in a game preserve to me. The problem — and the opportunity — we face has to do with balancing the creative tension that’s a necessary part of reconciling people with place. This isn’t just a Long Beach issue. It’s true everywhere. The challenge we face is where we, as the invasive species, choose to place ourselves in relation to our surroundings. Exerting some sort of control is inevitable; how and how much, those frowning twins, wait for us around every corner.

The last item on the meeting’s agenda was disposed of with nary a comment. The town attorney informed Bob LeMay he had documents for a land transfer ready for signing. That transfer, approved previously by the Council, will deed three parcels of land in Moon Valley to Save the Dunes. It will triple Save the Dunes’ current holding in the Stockwell Woods portion of the valley and preserve an almost pristine dune habitat, creating a lasting asset for local residents and visitors.

As of this writing, no hunting is allowed back there.