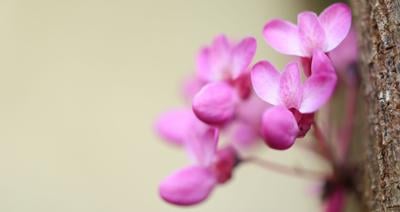 Woke up to find our deck covered with white dogwood blossoms. It’s a week until Memorial Day, but spring is saying farewell.

Until a recent run of warmer than usual weather, this spring was on the chilly side. That may be why the dogwoods have had an especially prolific season. Trees that, in past years, have bloomed like jaded pop stars — seemingly above it all and weary of the effort — started rocking out in April and haven’t looked back. Their blooming has been effusive and prolonged. A gift that keeps giving.

A morning breeze separated the first blossoms from their branches. The petals caught sunlight and sparkled as they fluttered down. Soon the ground was dappled with them. It recalled Ezra Pound’s poem, In a Station of the Metro (minus the people):

“The apparition of these faces in the crowd;

Petals on a wet, black bough.”

After breakfast I collected fallen petals until my back hurt, dropping them in the kind of tall, narrow glass I associate with Tom Collins cocktails. In addition to the deck, I found petals in the street and up the hill, scattered amongst the blueberry brush.

It’s amazing what happens when you start paying attention to small things, like fallen flower petals. For starters, there were remnants from a lot of other flowering trees and plants. I found redbud nuggets and bits of wild geranium, the remains of bleeding heart and puffy flashes of pink azalea. The musky old dirt was littered with a colorful feast; it was like finding the history of this latest spring beneath my feet.

We haven’t gotten the rains we’re used to. According to weather reports, we could be as much as eight inches off the average. That’s a lot, but you wouldn’t know it from the look of trees and ferns, which are now bombastically green. If I had a lawn, I might be concerned, but we try to let nature take its course. Besides, I grew up in a suburb, where cutting the grass was a weekly ritual. Letting wildflowers and other indigenous plants have their way with our place is one way to hold back the compulsion to suburbanize and keeps us in touch with what’s left of the wild around here.

In Indianapolis, where we used to live, the beginning of summer starts with the 500-mile race. People put up checkered banners in their yards and, when the air is right, you can hear the engines being tested on the track from one side of town to the other. It’s a big, brawny celebration of speed born of the internal combustion. The heat on the track has been known to reach over 100 degrees; in 1953 a driver, Carl Scarborough, died from heat exhaustion after finishing twelfth in the race.

That’s one way to mark the start of summer. I have to say I got a certain kick out of it.

But given the choice, I’ll take what’s here. The blossoms falling through the changing sunlight; petals strewn across our deck.