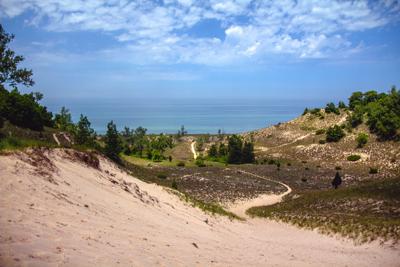 The recent passing of writer Barry Lopez, on Christmas day, brought me up short. I met Barry for the first time in Michigan City, at the public library, where he gave a reading back in the 1980s. He had won the National Book Award for Arctic Dreams and traveled to some of the world’s most remote places by then. Going to places other people generally found inhospitable was Barry’s way of listening to nature speak in as close to its original tongue as possible.

Someday, cultural historians will remember the late twentieth century as a great flowering for American writing about the natural world. Barry Lopez was in the vanguard of this movement, along with the likes of Terry Tempest Williams, Peter Matthiessen, and Indiana’s Scott Russell Sanders, to name a few. This writing combined objective rigor with empathetic depth; science and spirit. It also paid attention to the cultural arrogance we have since come to recognize in the sixth, Anthropocene extinction, aka our climate crisis.

It’s not that this writing predicted our present situation, so much as it observed what was happening. In Barry’s case, much of this observation was informed and illuminated by his sense of community. His life was dedicated to trying to better understand what it meant to be a responsible citizen — in a home, a town, a landscape, a region — and in time, looking back to old ways, creating a future.

I have thought of Barry Lopez over the past few years as we have found ourselves battling for the preservation of our dunes, beaches and woods. Here we share an ancient habitat and storehouse of ecological knowledge that humans have too often thought of as so much property. Ungainly houses were built in precarious places by people chasing fantasies. Now rising waters make the coveted proximity to Lake Michigan a threat instead of a status symbol — and large swaths of lakefront look like an industrial site, with heavy machines piling boulders and pouring concrete to keep those fantastic houses from falling in. It’s an object lesson in what can happen when we confuse nature and real estate.

I was moved by Barry’s last book, Horizon, a wide-ranging meditation on his travels over the years. I remembered how he told me once that though travel had been a defining part of his practice, he admired a farmer he met who had just published his first book and said his goal was to try and make a fully integrated life — as artist, farmer, husband and dad. That, said Barry, was truly radical.

Though he was disappointed by our collective breach of faith with the Earth and each other, Barry tried not to despair. He wrote:

“The role of the artist, in part, is to develop the conversations, the stories, the drawings, the films, the music — the expressions of awe and wonder and mystery — that remind us, especially in our worst times, of what is still possible, of what we haven’t yet imagined. And it is by looking to one another, by attending to the responsibilities of maintaining good relations in whatever we do, that communities turn a gathering darkness into light.”