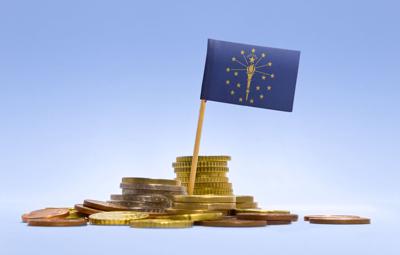 The COVID-19 pandemic inflicted sustained pain and hardship on too many for too long. The effect on our economy, however, is mixed.

The shock to the economy occurred in March and April of 2020. In the United States, 24.7 million persons lost their jobs. Of these, 16.3 million (66 percent) were added to the numbers unemployed and 8.4 million left the labor force.

During this recovery, through November 2020, 16.9 million persons have found new jobs or returned to previous positions. The number of unemployed declined by 12.2 million and 4.6 million have come back into the labor force. (Don’t fret about the rounding problem with the numbers.)

This partial recovery leaves us 7.8 million shy of the February employment numbers, distributed as 4.0 million unemployed and 3.8 million out of the labor force.

The recovery since May 2020 saw consumers spending their dollars, and the dollars made available from the federal government, at retail places other than restaurants and bars. And spend they did.

The Census Bureau now provides monthly retail sales data for states. In September 2020, the nation’s retail stores (non-store retailers are excluded) recorded sales 7.9 percent above the same month in 2019. For Indiana, retail sales were up 8.7 percent (18th best among the states).

Despite these good retail sales, Indiana’s general retail sales tax collections have seen a feeble recovery. From April through October 2020, these revenues ran just 0.1 percent ahead of the same period in 2019.

Other Indiana sales tax receipts reveal how consumers adjusted to changing conditions. Alcohol sales tax receipts, April through September, were up 22 percent from a year earlier. Tobacco sales taxes rose four percent. These contrast with Motor Fuel tax receipts, down by 13 percent as both gasoline prices and the number of miles driven declined.

To this stew of business data, the Census Bureau now adds a new collection of observations from “small” businesses (500 or fewer employees). The Bureau asked “Overall, how has this business been affected by the Coronavirus pandemic?” Hoosier firms were a bit less negative than those nationally. On a scale from +1 (Large positive effect) to -1 (Large negative effect), Indiana’s small businesses offered a value of -0.43 with the U.S. figure registered at -0.48. Both were on the positive side of a Moderate Negative rating, if you can figure out what that means.

Financial Stress was scored as -0.30 and -0.31 (U.S. and Ind.) and Operational Challenges, including supply disruptions and working arrangements for employees, were scored similarly at -0.22 and -0.23, for the U.S. and Indiana, respectively.

How much longer will recovery take? Answers to this experimental Census survey, for both the nation and Indiana, were in the range of 4 to 5 months.

Data always trail events. Opinions and forecasts most frequently don’t match up with reality. In our complex world, there are many different realities.