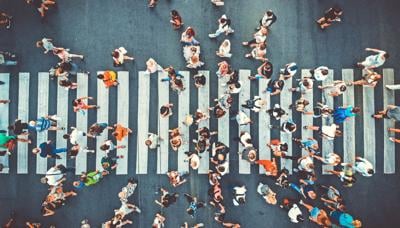 What’s the biggest story we can anticipate from the 2020 Census when the final count is released? I’m betting it will be that Marion County alone had 23% of Indiana’s population change between 2010 and 2020. Add in Hamilton County and we’ll have 49% of the state’s 264,000 increase for the decade.

When all 11 counties of the Indianapolis-Carmel-Anderson Metropolitan Area are included, it will equal 75% of Indiana’s population growth.

Population growth means an increase in political power because 150 seats in the state’s Senate and House, plus the nine Indiana seats in the U.S. House of Representatives are allocated by population. The lines of those districts may be drawn (gerrymandered) to the advantage of the dominant political party, but the number of persons in each district will be as even as possible.

Likewise, economic power is most often based on population. How many drug stores will your county have? How many hospital beds? How many students will have good chemistry labs? Is your community afford a truly local newspaper?

·      Is this concentration of population in Marion and surrounding counties healthy for those counties and for the state?

·      Is this centralization the result of the Metro Area’s strengths or of the weaknesses in the state beyond those 11 counties?

·      Should we try to do something about this increasing centralization of the population?

No state will admit to having a population distribution policy. But, by default, every state has policies and actions that respond to the marginal choices of households and businesses, regardless of the consequences for others.

Hoosiers can legitimately ask: Where do the highway improvements go? Where are new and expanding companies subsidized? How are the schools funded? To what extent does the state preempt self-government? Need I mention Wi-Fi development?

Just one example: INDOT’s highway map shows I-65, 69, 70, and 74 converging on Indy, elevating the Metro’s accessibility. What we don’t see is an interstate-quality route from Indianapolis due north to South Bend.

In the past decade, we’ve seen US 31 improved mightily in Hamilton County. But north of Carmel and Westfield, with the exception of a bypass around Kokomo, about 65 miles of a 1970s era highway remains all the way to Plymouth.

Why not finish the work started? Want to improve access for talented people from elsewhere and for our current residents to the most lucrative opportunities while still affording them the option of small community living?

We’re not going to change the past. But we can improve on it. We can demonstrate that we’re “A State that Works” until the Job is Done.