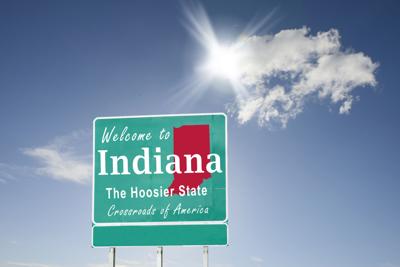 My homily last week may have disturbed some loyal Hoosiers. Here was a foreigner, one who did not attend an Indiana high school, challenging a $500 million program that openly admits all is not perfect in Indiana.

READI (the Regional Economic Acceleration + Development Initiative) is an open acknowledgment that most places throughout Indiana are not attractive to talented, skilled workers, whether native or foreign-born, as in Ohio or Michigan.

Yes, an Indiana governor and his cantankerous legislative accomplices have endorsed a program designed to make our state a more desirable place to live.

My chief objection to READI is that the IEDC (the Indiana Economic Development Corporation) made the essential decisions about a massive and important program without giving it sufficient thought. The project proposals being sought were to be based on geographic rather than substantive considerations.

1. Reinvigorating cities and towns via updating existing housing to make it occupancy and purchase-ready. Many of the skilled and talented people we seek to attract prefer to live in semi-rural environments or older urban neighborhoods rather than sterile suburbs or undifferentiated cookie-cutter apartments.

However, the private housing stock and public services in too many places are substandard. Plus, many of today’s younger householders do not have the skills or interest to buy a fixer-upper. This is not a regional problem; it is statewide urgency.

2. Today, many people want accessible public recreation. Hiking trails, like the Knobstone winding from Clark to Morgan counties, link many counties together. However, only when seen as a network does the magnitude of these recreational and educational resources have real meaning.

A multi-jurisdictional network is not likely to be contained in a conventional regional configuration formed to attract funding from IEDC.

3. According to the June 2021 report of the Department of Correction, Indiana had 20,600 adult males incarcerated. Many of these men, and an untold number of those already released, have fathered children but are not prepared to be successful, either financially or emotionally, in returning to family life.

The Fathers and Family Center programs in Indianapolis, which have proven outcomes, need to be strengthened and duplicated as a statewide investment in both our near-term and future workforce.

4. Selective reforestation is an environmental and economic statewide priority for Indiana. Commercial, private tree farms can serve the timber needs of the state and provide a benefit of carbon sequestration without disrupting our state forests. Urban canopy restoration reduces residential energy demands and enhances property values.

None of these four programs is a novelty, nor has applicability to a single geographic region alone. Yet, all four are likely to appeal to the talented and skilled workers envisioned by READI. Today’s voting taxpayers might even appreciate them.