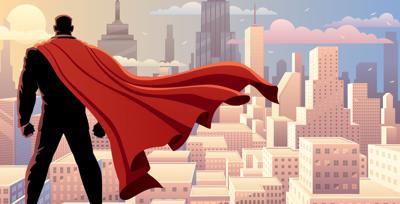 How much money have we spent on worker retraining? This is a vital activity for workers displaced by new technology, by foreign competition, by geographic moves of domestic jobs to other regions or nations. How much money has the local, regional, state, and federal agencies, their boards, and staff spent for these purposes? With what returns? All I ask is to see the numbers and verification of those numbers.

In Indiana, we have WorkOne, a central office (Indianapolis), and twelve regional satellite offices. Their websites report doing wonders for job-seekers and employers. In many cases, they talk about the employment agency function where employers can have applicants screened and referred for interviews. That function is decades old, just renamed from time to time.

Sure, I’m touched by the Northeast Indiana website testimonial by a 70-year-old disabled Vietnam veteran extolling the services of WorkOne.

Yes, it’s wonderful they claim to help young people stay in high school, go on to further education and job placement. But what follow-up do they have five years later?

What is done to discourage premature retirement? Are we opening job opportunities for part-time work? Do we support partner-care for workers with family needs? We’re big on helping the young, the single parent, but are we “needing” replacement workers by disgorging older workers?

Or am I deluded into thinking these tech dinosaurs can be salvaged?

Region 6 (nine East Central counties) offers data about “Real-time job demand” prepared by Boston-based Burning Glass Technologies which notes a job posting does not mean there is a job opening. This region also offers specific data about the people they serve but doesn’t tell us much about outcomes.

The sophisticated Employ Indy 2019-2020 Annual Report tells us they had over $14 million in expenditures out of $18 million in revenues.

This agency describes a crowded “workforce ecosystem,” with well-developed stages of progress, but little indication of meaningful outputs. Their many partners, from whom they receive support and to whom they give money, provide measures of program participation but do not reveal longevity of effect.

Most of these agencies and their predecessor agencies are fabrications to satisfy federal program requirements. It’s state bureaucracy responding to federal bureaucracy by creating local bureaucracies.

Without question, these programs and agencies are made up of good people trying to do worthwhile work. They have highly representative boards of people who have professions and jobs. The high-level staff is sincere and competent, made up of people who mostly have never been part of the population they are meant to serve.

Our nation, for decades, has promised workers significant retraining efforts. What success have we realized in all these many years? A certificate in doughnut preparation is not evidence of long-term workforce development. To paraphrase Bogart in The Maltese Falcon, “It’s the stuff nightmares are made of.”

Becky and Cory Fisher are Indianapolis film producers. Their work is well-regraded in an industry that is virtually unknown to most Hoosiers. Yet thousands have been terrified and bemused by their efforts, particularly in the Haunted House of the Indianapolis Children’s Museum. Listen to them on the Who Gets What?