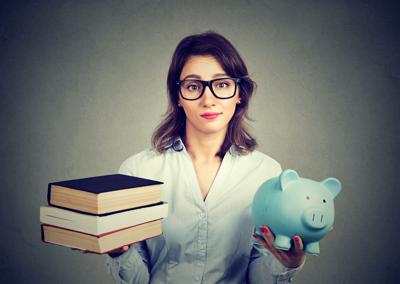 I’ve been asked (by two readers) to write about two questions. This flood of interest is overwhelming. Thus, with much humility, I offer the following opinions:

On teacher’s pay: Michael Hicks at Ball State has offered two columns on the subject. He makes the statistical argument well about Indiana’s delinquency regarding the pay of teachers.

Our compensation for teachers is below the market rate. This likely, but not necessarily, gives us teachers who are below standard quality. Are the teachers’ union and the local school boards ready to dismiss or retrain teachers who do not perform up to the standards to which we aspire?

Perhaps, we don’t need higher pay for teachers. Rather, do we need to pay for more teachers with the skills necessary to meet the challenges of today’s students? Both more pay and more teachers suggest higher taxes, even for businesses.

This brings us to our teacher colleges. Are they admitting sub-par students and turning out sub-par graduates? Likewise, are Indiana voters and legislators willing to upgrade the quality of our school boards and do battle with all the organizations mentioned thus far?

I see no evidence Hoosiers are ready to improve our schools. Why aren’t the university presidents out in front of this effort? Must Mitch Daniels do everything alone?

As for the Electoral College, the “problem” can be resolved without a Constitutional amendment. Maine and Nebraska have shown us the way.

In those two states, two electors go to the party that wins the statewide vote, just as today. Each remaining elector goes to the party winning each congressional seat.

In Indiana, we had eleven electoral votes in 2020. Under the current winner-take-all rule, all 11 electoral votes went to the winner of Indiana’s presidential vote, Mr. Trump.

By my count, 27 states have split delegations to the House of Representatives. In California, instead of all 55 electoral votes going to Biden, under the Maine/Nebraska system, Biden 44, Trump 11. In Texas, it would have been R 22, D13 instead of R 35, D 0.

With these changes, candidates and their parties would pay more attention to congressional districts. We might increase competition as each party has reason to turn out their voters, winning districts, and improving their statewide vote.