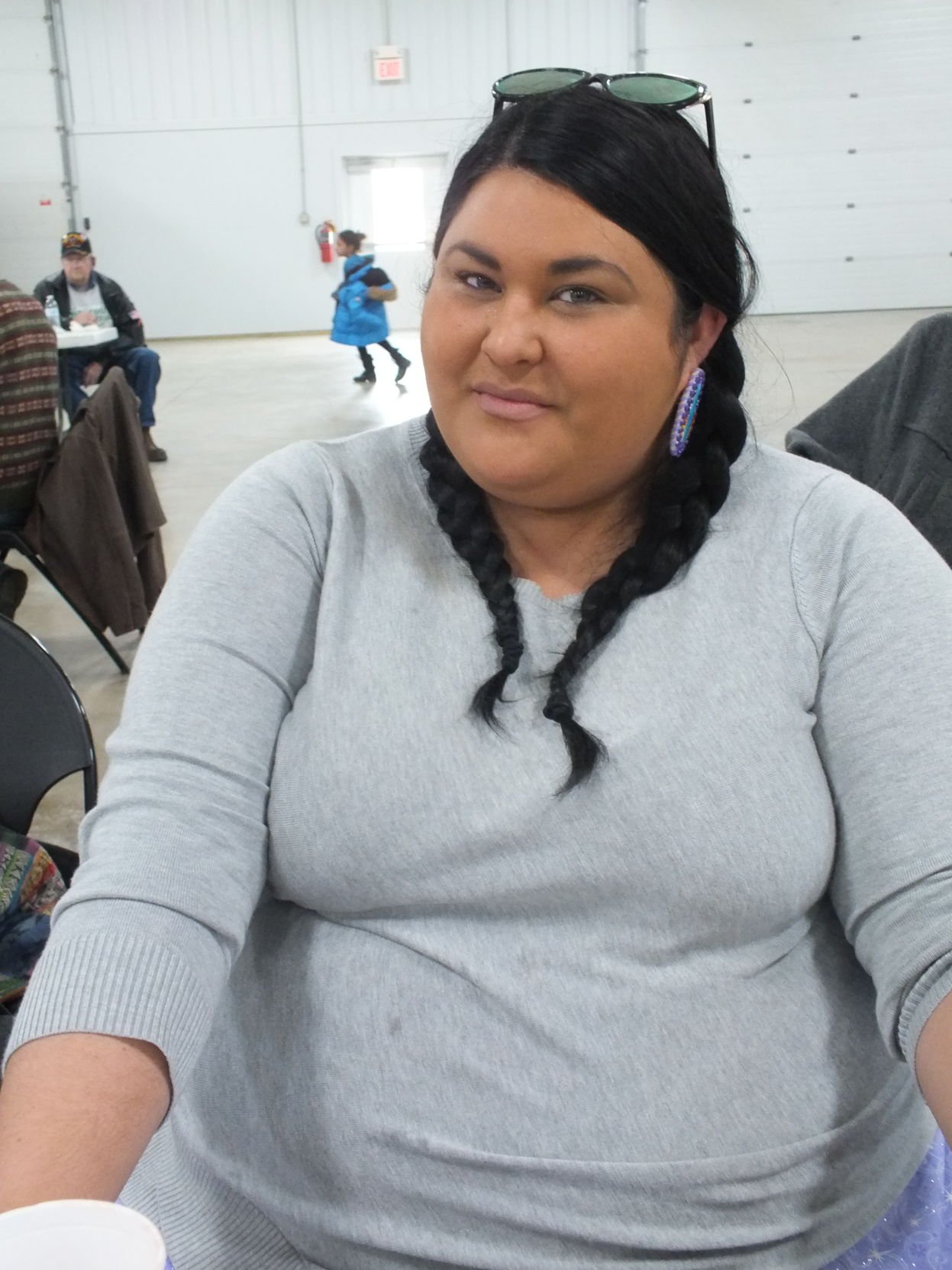 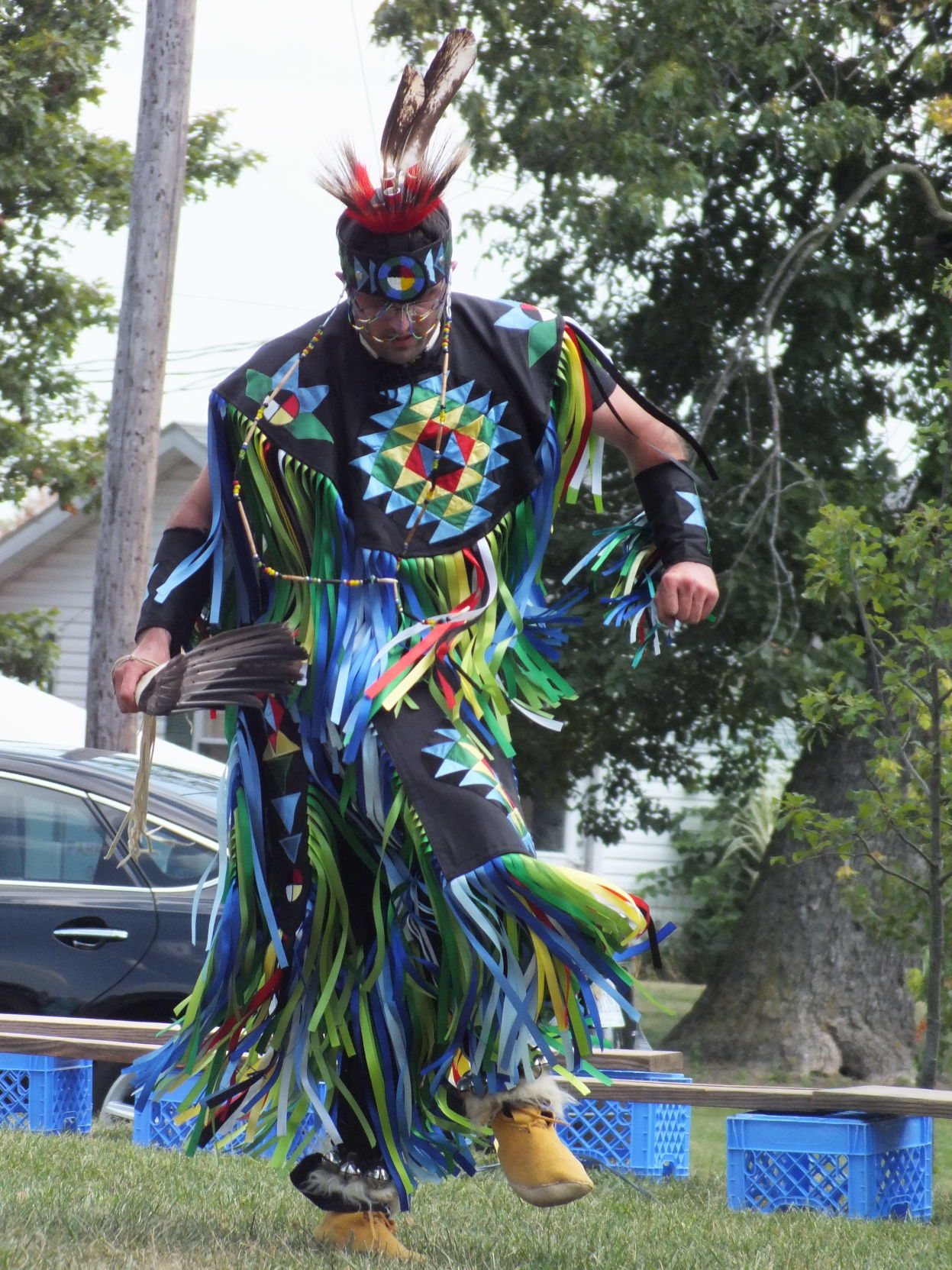 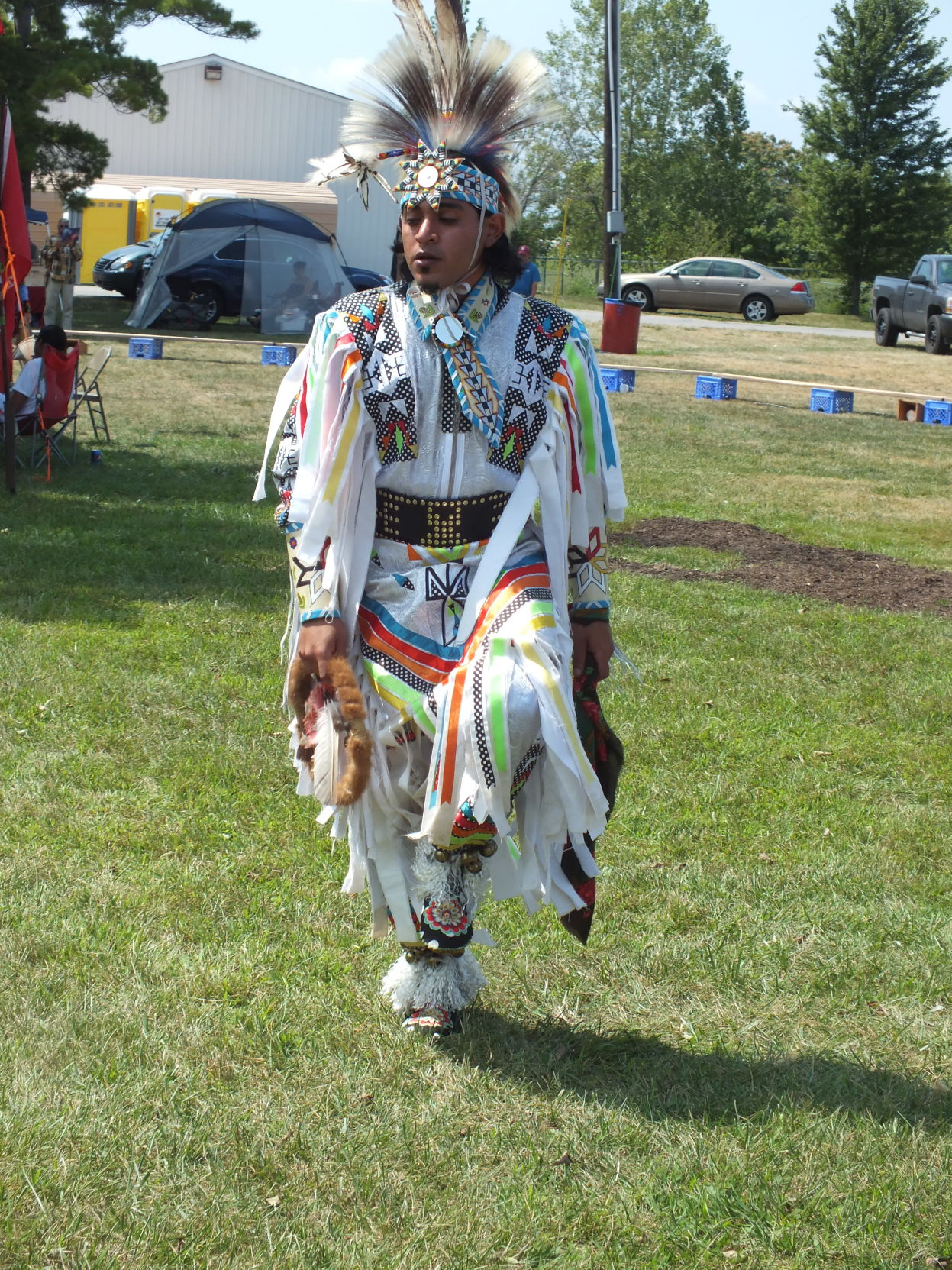 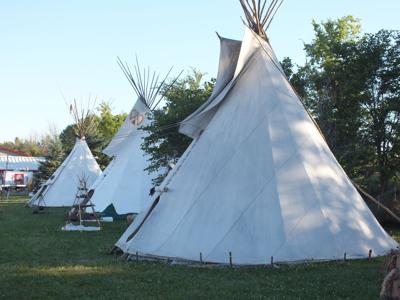 Autumn is a season of beauty and change, but it can be a troubling time for Native Americans, thanks to football season, Columbus Day, Halloween, and Thanksgiving. “Fall should be about harvest, community and giving thanks,” says Carolina Castoreno-Santana, executive director of the American Indian Center of Indiana and an enrolled member of the Lipan Apache Tribe, who is also of Mescalero Apache and Yaqui descent, “but it’s tough because of the series of lies we have to combat.”

Native Americans have long battled stereotypes and historical myths. “We are not mascots,” states Castoreno-Santana, adding that they are often thought of as “a figure of the past – mythological, historicized and romanticized.”

Another battle they face is cultural appropriation. Sometimes dubbed cultural misappropriation, it means the unconsented adoption of some elements – such as fashion, music, styles, language, traditions or food – of one culture by members of a different culture.

More specifically, it characterizes the borrowing of certain components of a minority culture by the dominant culture, symbolizing oppression, and the imbalance of power. Thus, it differs from a cultural exchange in which two cultures share, or assimilation, when oppressed or marginalized people assume aspects of the dominant culture, typically for survival … and often under duress. For example, indigenous students were once forced to learn English and prohibited from speaking their native languages at white schools.

Appropriation is widespread, the result of interaction with other cultures. Traced back to an era when many whites considered people of color as less than human, it signals white privilege as it trivializes a history of violence and oppression. Team names such as the NFL’s Washington Redskins belittle Native peoples because the name harkens to colonial times when the government paid white people to kill Native Americans, producing their scalps as proof.

Native Americans are accused of being “too sensitive” when they express offense at these degrading names because sports teams and others claim they are honoring them and that these names are long-held traditions. Genocide, slavery, and colonization have lasting impacts; naming sports teams after Natives is not “honoring” them, and the only “tradition” it preserves is one of oppression and hatred.

Racism isn’t new. “Trump’s America is what I’ve always experienced,” Castoreno-Santana reveals. Unchecked anger and blatant prejudice may have been unleashed by social media and the President may have amplified racism, but they have been part of this country’s history from the beginning, and racism manifests itself on many levels.

“Racism is not logical,” Castoreno-Santana contends. “It’s fear-based.” It’s rooted in the fear of losing white privilege. “Whites are afraid of becoming the minority of losing power.”

Cultural appropriation allows white people to express appreciation for select aspects of another culture without ridding themselves of their prejudices against disenfranchised people. “Cherry-picking” allows white people to copy a style without accepting or supporting those who created it. They borrow something they like without having to deal with the discrimination its creators do.

“It’s offensive when white people make something trendy by taking things we’re criminalized for,” Castoreno-Santana says. What may become trendy or mainstream for white people can be considered unacceptably ethnic for people of color. For example, cornrows, dreadlocks, and afros worn by white people may be viewed as fashionable, but simultaneously considered unprofessional on black people. “When black women wear traditional hairstyles, they’re discriminated against. It’s viewed as a negative on blacks, but not on whites.”

In some cases, people of color were actually punished for doing things white people can safely engage in. For example, yoga, which carries cultural and religious significance for South Asian people, was once banned in India. Today, this popular activity has been commercialized, predominantly for use by and benefit of white women.

Appropriation – or borrowing – is exploitive and cheats minorities out of the credit they deserve for their creations. While whites are thought innovative, hip or clever, the creators still battle negative stereotypes.

Acknowledgment isn’t the only issue at stake with cultural borrowing. As one facet of the power imbalance ingrained in cultural appropriation, financial repercussions reveal racism by allowing the privileged class to profit from the labor and ideas of oppressed people.

In the 1950s, white musicians commandeered rock-n-roll from black artists who shaped it from original black music such as rhythm and blues and gospel. From Elvis Pressley to white rappers to Miley Cyrus’ twerk, white artists have profited off musical styles created by the black community. Even jazz has largely been hijacked by white musicians.

Food has been appropriated and “whitewashed.” Few of the dishes commonly found in American restaurants that are frequented by white customers are authentic to their ethnic origins, but restaurant chains like Taco Bell, PF Chang’s, Benihana, Pizza Hut, and Olive Garden are enormously profitable.

Perpetuating the myth with stereotypes

The reason borrowing these cultural elements is offensive stems from a lack of true understanding of their significance. Often, the way they’re used merely perpetuates a myth.

Promoting the myths rather than the truth behind the story trivializes entire races of people. For example, dressing up as Pocahontas for Halloween ignores the real story of a young girl named Matoaka, who was captured by white Colonists, forced to marry and presented as a curiosity to English society.

By overlooking the real stories, it’s easy to disregard the suffering people endured. “There’s no acknowledgment of history, of suffering,” Castoreno-Santana underscores.

Borrowing can expose imposters. In some cases, people believe they have Native heritage that they are endeavoring to embrace. Sincere or not, these imposters usually perpetuate ugly stereotypes and myths.

Castoreno-Santana recently attended a genealogy conference that clearly defined the harm of perpetuating family lore, such as the commonly repeated “my great, great grandmother was a Cherokee princess.” Poseurs can take off that identity at any time and resume their white privilege. “The difference is fearing for our lives,” Castoreno-Santana concludes.

When singer Katy Perry dressed as a geisha for a performance at the 2013 American Music Awards, she was roundly criticized by Asian Americans for “yellowface.” Perry played a character by donning a costume – both of which she discarded after the show. The complaints centered on the perpetuation of a negative stereotype that promotes fetishism, sexual harassment, and the servitude of women.

Similarly, the Boy Scouts of America have faced backlash for years about cultural appropriation. “There’s been some progress,” Castoreno-Santana concedes, “but there’s still the Order of the Arrow secret society.” The OA incorporates their version of Indian lore and costume. Of course, their version is inaccurate, as well as disrespectful, based on toxic myths that misrepresent Native culture.

“There are ways to explore a culture without appropriation,” Castoreno-Santana points out. For starters, she says, “don’t dress up like them, don’t pick Indian names. If you’re teaching something from Native tradition, cite actual tribes or invite a member to share their knowledge.”

The education system has failed us, Castoreno-Santana declares, adding, “If they would stop teaching lies, we wouldn’t have to go in to correct them.”

Historically, curricula have ignored or glossed over many of the tragic, darker aspects of history during which people of color were wrongly depicted as savages or simply not mentioned at all. Today, there’s interest in righting those wrongs by rewriting curricula. “There’s a willingness to correct fallacies,” Castoreno-Santana affirms.

Some schools and groups are trying to learn genuine history and culture by hosting Native speakers, but determining the legitimacy of a speaker can be difficult. Fortunately, there are numerous local resources that can recommend, refer and vet speakers who offer “authentic discussion, not false information,” such as:

Most do not charge a fee, although Castoreno-Santana says donations to the food pantry are appreciated. She reports an increase in requests for education this year and says she hopes more will reach out.

How to avoid cultural appropriation

For anyone not lucky enough to learn directly from a Native speaker or another person of color, recognizing and avoiding cultural appropriation can be a complicated task. Some white people aren’t even aware they’re doing it.

Others will argue their actions represent an homage, that they are honoring the culture. Musicians and artists claim inspiration when they reference other cultures in their work. Madonna, for instance, famously retorted, “I’m not appropriating anything. That is my right as an artist.”

Claiming rights to freely take from marginalized groups is an example of white privilege that has been used to justify theft of land, oppression, slavery, and genocide. Dismissing injustice by invoking privilege is a shameful use of free speech because it denies identities, traditions, values, and history.

According to Good Housekeeping, “the key to expressing appreciation rather than appropriation is to understand the culture you’re borrowing from, including its history of oppression and marginalization.”

Researching a culture is a good start, but good intentions and interest in that culture aren’t enough if what you’re doing is the result of a stereotype, or if you’re using something that is sacred to another culture, such as a headdress, in a casual, playful manner.

Context is important. Are you simply following a trend? Do you understand the significance of the item? Is what you’re doing respectful to the people whose culture you’re borrowing from? How would they feel about what you’re doing or wearing?

Many white people have a genuine interest in and respect for other cultures. After all, no culture is entirely original; the sharing of ideas and traditions has helped people adapt and has made life more appealing. But even well-intentioned white liberals can offend, Castoreno-Santana states. “‘I don’t see color’” is offensive because if you don’t see color, you don’t see me.”

The key, she says, is to include Native people in conversations. “Knowledge should be shared by Natives. Let us speak for ourselves.” She says people are starting to listen, and change is happening. For example, several cities and states are changing Columbus Day to Indigenous Peoples Day. “We are re-appropriating it.”

While it’s important to acknowledge change where it exists, she emphasizes that it’s equally important not to become complacent. “It’s not enough not to be racist,” Castoreno-Santana delineates. “You must be anti-racist. It’s not enough to support affirmative action; you must talk about Black Lives Matter. Just because you don’t share the views of the right doesn’t mean you’re helping us. Be an ally.” Help eliminate oppression, don’t perpetuate it.

Can we be better stewards of the earth and all of her sentient beings?