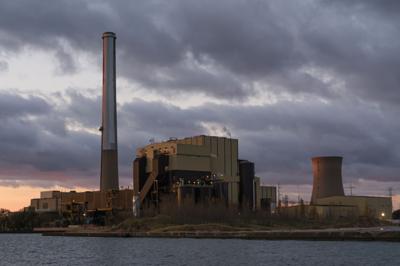 The Utilities District of Western Indiana-Rural Electric Co-Op recently announced that it was closing the Merom Generating Station, Indiana’s fifth-biggest power plant, in 2023. In light of this and other inevitable closures around the state, Indiana has dug its heels into the ground by passing House Bill 1414.

The bill, which makes it more difficult for utilities to close down coal-fired power plants, is emblematic of Republican anxieties surrounding the coal industry’s recent economic plight; they fear that a premature shift to allegedly unreliable clean energy would be risky for a state that gets 70 percent of its electricity from coal-burning plants.

How legitimate is their concern? Well, reliability is primarily a technological challenge that many utilities address through developments in battery storage, pumped storage hydropower, expanded electricity transmission lines, and demand response practices. A far more tenuous challenge for Indiana, as a leader in coal production, consumption, and plant retirement, is how to support coal-dependent and coal-impacted communities as the state makes a necessary shift towards more clean energy generation. Indiana can solve this challenge by passing a just transition bill with two primary provisions.

First, the state should include a utility securitization provision to relieve ratepayers of the financial burden of coal plant retirements and to incentivize further investment into renewables. Second, to complement this, Indiana should create a just transition office that administers transition assistance programs and raises money for funding purposes.

Following coal plant retirements, utilities often use accelerated depreciation to recover value for stranded coal assets. While this approach is favored by utilities, as they get recovered for the full asset value, it imposes rate increases on customers. In doing so, depreciation disregards the needs of coal-dependent and coal-impacted communities. Securitization, on the other hand, is a ratepayer friendly financing tool that allows utilities to “issue bonds secured by the certainty of customers paying their bills.”

These bonds offer much lower interest rates of about 3 or 4 percent compared to the 8 or 9 percent utilities regularly get from shareholders and banks. Although securitization does yield cost reductions, it also imposes losses for the shareholders of investor-owned utilities. The utility ultimately misses out on the profits it could have earned from its regulatory asset. Despite this, securitization supports a just transition by prioritizing ratepayers and coal-dependent communities. Both are far more vulnerable to economic stress during coal phase-outs than the shareholders of utility companies. As such, Indiana’s state legislature should authorize and encourage its investor and municipality-owned utilities to use securitization following the retirements of coal-fired power plants across the state.

Since 1997, 24 states have adopted utility securitization laws. One of the more successful uses of the tool has been in section 6 of Colorado’s HB19-1313 bill, calling for zero emissions in the state by 2050. Indiana’s securitization law must pay heed to a variety of complementary features in the Colorado bill that benefit utilities without compromising the support reserved for coal-dependent workers and communities.

For example, Colorado compensates utilities for the lost profits they’d incur, due to securitization, by permitting them to own at least some of the replacement generating capacity. On the other hand, the law appropriates 15 percent “of the net present value of savings generated by the closure of a power plant, from unburnt fuel to avoided maintenance and operating costs,” to support programs for coal-dependent communities and displaced workers. The just transition office is responsible for appropriating the funds to specific programs and grants.

Ultimately, Indiana needs a securitization law that authorizes its Public Utility Commission to approve what proportion of the utility’s asset value will be reimbursed, sets aside a significant amount of money to fund community transition programs, and adequately balances the amount of generation capacity the utility can own.

A just transition office, modeled after Colorado’s, is required to strategically situate Indiana within the changing landscape of energy economics while also protecting communities that historically engage in one of the most dangerous forms of labor in the state. As another national leader in coal production, Colorado faces the difficult task of aiding its coal-dependent communities in the wake of mass power plant closures. Thirteen plants shut down in just the last 10 years, with another 10 planned to close within the next decade. Similarly, two of Indiana’s largest utilities, NIPSCO and Indianapolis Power and Light, announced that they’ll cut off their production of coal within the next two decades.

Colorado’s just transition office administers skills training and direct financial support, in the form of wage differential benefits, for coal transition workers. It also directs grants to entities, like the Just Transition Fund, that increase the economic diversity of coal-dependent communities. The office was created by Colorado’s HB19-1314 bill, which also called for the creation of a just transition advisory committee within the office to further develop a specific draft plan for the state by July 1, 2020.

However, Indiana’s office must go beyond Colorado’s in recognizing how interwoven issues of racial justice are with those of energy and the environment. You might think that a transition bill should prioritize displaced coal workers. But I believe that we need to prioritize low-income communities of color that have disproportionately higher rates of asthma and respiratory disease due to prolonged and systemic exposures to harmful air pollutants.

Thanks to the predominant placement of power plants and heavy industry near such communities, Black Americans are three times more likely to die from exposure to air pollution than the overall population. Indiana is not immune to these racist and exploitative practices. A 1998 study by the Indianapolis Urban League’s Environmental Coalition concluded that “both low-income residents and black residents (who make up 90 percent of the minority population) are disproportionately located near Toxic Release Inventory facilities in Indianapolis.”

Yet, since 1996, the state has made significant progress in confronting environmental injustices, especially in Northwest Indiana where steel and petroleum refining industries caused years of environmental degradation. In 2002, the National Academy of Public Administration honored it as one of four states who should be considered role models in the fight for environmental justice. A comprehensive transition bill must build on this, leveraging a key moment when the interests of coal-dependent and coal-impacted communities can be aligned.

Tragically, HB 1414 threatens to diminish this progress. By delaying the closures of coal-fired power plants, Indiana preserves a status quo that disproportionately endangers Black and brown lives. This bill is especially harmful in light of the EPA’s recent decision to grant power plants discretion in meeting the legal requirements for controlling air and water pollution during the COVID-19 pandemic. These layered and compounded forms of oppression can be dismantled if the just transition office collaborates with legislators and a coalition of state-wide social justice, economic development, energy, and environmental organizations to imbue race consciousness into their policies and programs.

For example, the state could prioritize coal impacted communities in scaled-up jobs training programs and use fiduciary incentives through a green bank to channel investments and clean energy development into such communities. Additionally, it could emulate the Connecticut Green Bank’s Residential Solar Investment Program by providing these “homeowners with rebates and performance-based incentives designed to lower initial out-of-pocket costs” of rooftop solar installations.

The Hoosier Environmental Council, Indianapolis Urban League, NAACP, and Kheprw Institute are a few organizations the office can both bolster and partner with. Critically, these organizations can help the office institute programmatic remedies to the environmental injustices burdening coal impacted communities for years. This partnership will dilate the transition plan’s scope to address the needs of communities that have been most victimized by coal pollution.

Select members of such organizations and targeted communities must be a part of the Office’s Committee Advisory Board. Support from the Office could take the form of larger grants, access to greater expertise and information to improve policy research, surveys of displaced workers about what programs would benefit them the most, surveys of coal-impacted community members about what would benefit them the most, and ultimately the alignment of the values and efforts of the state with this organization. The direct incorporation of the nonprofit initiatives and members into the just transition office institutionalizes a statewide commitment to protecting transition workers, uplifting survivors of coal pollution, and diversifying the economies of the state’s most vulnerable communities.

The dual threats of climate change and racial injustice are alive and well today. Although coal use is implicated in both, the coal industry has supported the livelihoods of many generations of laborers in Indiana. Any hopes to transition away from the fuel must be accompanied by efforts to economically support coal-dependent workers and communities. However, this transition must also empower communities that have been victimized by the coal industry. Thus, Indiana must engage in a rapid yet fair shift to clean energy by adopting a transition bill that calls for utility securitization and the creation of a just transition office.