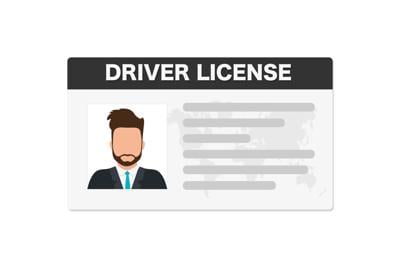 I just returned from our local BMV, in Michigan City. Indiana’s COVID-19 numbers continue to set off alarms — the sort you hear in old submarine movies when the depth charges start coming down and the skipper, his eyes like saucers, cries “Dive! Dive!” So, visiting the BMV, a trip easy to postpone in the best of times, gave me pause.

I don’t mean to suggest that Indiana’s BMV is poorly run. It may, in fact, be the best run public service in the state. It wasn’t always this way. Used to be it could take the better part of your day dealing with the vagaries of motor vehicle licensing, registration, and fees. If you said, “So long,” before going to the BMV, you really meant it.

As I recall, this changed when Mitch Daniels became Governor. Daniels did his best to wreck the state’s social safety net; turned our departments of Natural Resources and Environmental Management into proxies for the Chamber of Commerce; and bragged about how putting the state on Daylight Savings Time would inspire an economic renaissance. All this made Daniels a visionary as far as Republicans were concerned.

But Daniels also had a kind of sleight-of-hand shrewdness. He understood that if he was going to dismantle and deregulate the state’s public health and environmental protections with one hand, he needed to give us all something else to look at with the other. That became the BMV — an agency almost every Hoosier has to deal with at one time or another.

Indiana’s BMV stopped being a purgatorial Lost Weekend. If not quite Ferris Bueller’s Day Off, it was, nevertheless, straight forward and reasonably efficient. According to its website, the average time spent at a license branch now is approximately 20 minutes.

It is well and good that Joe Biden says he wants to construct a cabinet that “looks like America.” If you want to see what America really looks like, go to a license branch and take a number. You are suddenly one more member of a vast menagerie, a wild spectrum of human infirmity, pre-existing conditions, livelihood, and literacy. Everybody’s there. Now wearing masks. Sitting several feet apart. Transacting the business necessary where so much of living — even identity itself — depends on driving a car, behind a plastic spit shield.

That’s why I was a little anxious about going to the BMV. Like I said, Indiana’s COVID numbers are horrendous. Our current Republican Governor, Holcomb, appears to have grown bored with the pandemic. Policy, for him, amounts to waiting for a vaccine. And since Indiana has become a one-party, Soviet-style state, there is little debate about this.

I was there when the BMV opened this morning. To renew my driver’s license. I touched a screen and drew Number 10; a woman immediately wiped the screen with disinfectant. Though their working day had barely begun, the staff was already operating at a pace I’d say was feverish — an unfortunate, if apt, pun. The intensity was palpable, but I saw no discourtesy. How these workers keep this up, I don’t know. Just trying to imagine what it feels like by the end of a shift exhausts me.

I was out of there in less than 20 minutes.