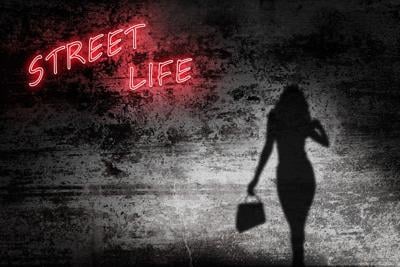 “I abhor the idea, but it must be given an airing,” she said.

She in this case was the very proper Representative Roberta Righteous speaking to a small gathering of constituents via Zoom.

“It’s nothing I could endorse, but my colleagues in the Indiana General Assembly entertain many more outrageous and vile ideas in each session,” she continued. “In Indiana, we maintain an image of wholesomeness, despite little supporting evidence. It’s time to drop that veil and present ourselves for who we are.”

None of the Zoomers interjected a comment and Rep. Righteous went on.

“Speaking plainly, Indiana needs to take some risk in economic development. Our state is rotting out while the core is absorbing the wealth, the prestige, and the power of a surging economy and an expanding population.

“Now we need to move swiftly, with determination, to establish new wealth-producing activities in communities on the brink of extinction. We must open the state to a neglected market, to legalized sexual satisfaction.”

The silent Zoomers could be heard speechless but gasping.

“As once we drew elegant parties to the forbidden fruit in French Lick, we must build elegant resorts catering to the physically and emotionally adventurous. As the snow-covered slopes entice the wealthy and the fashionable to Colorado and Utah, Indiana’s satin sheets must lure their own clientele. As we discarded our vestments in acceptance of casinos, we should lead the nation and the world in a restoration of honor for the oldest of professions.”

A chat item appeared on the screen. Is she off her medicine?

“You may wonder why a long-term, dedicated public servant risks bringing this suggestion forward,” the perhaps short-term Representative proceeded.

“Economic development practitioners frequently lack imagination and courage. They are often passive people in a job requiring innovation. They dress to impress local bankers rather than enterprising investors. But the local banker today is rarely a local leader.

“I know many of my colleagues will make snide remarks about ‘Roberta’s Raunchy Ranches’. Yes, churches will object, but you saw how little the politicians cared when they started to count the tax money from casinos and marijuana sales.

“Indiana has always been slow to accept any innovation, particularly the formal commercialization of sin, but it’s time to recognize reality. We will sink further among the states as a cultural and economic backwater without a major infusion of capital. Our vision must be broader and more grandiose than that of Nevada.

“Carefully regulated by the State Board of Health, providing services to all persons regardless of self-identification, with strict enforcement of rules as to acceptable behavior, Indiana resorts could set new standards for the restitution of self-confidence and respectability among those currently afflicted with doubt and shame,” she concluded.

Which declining small towns would you choose for this pioneering effort?