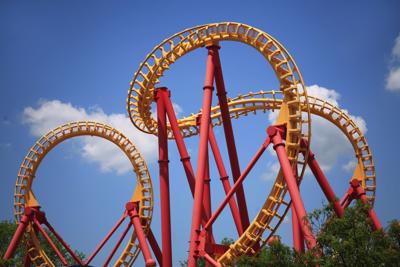 Last week, the U.S. Bureau of Economic Analysis gave us a first look at the three closing months of 2020. Indiana did well in the final quarter of 2020. Our Gross Domestic Product, after adjustment for inflation, (Real GDP) advanced at an annual rate of 5.1 percent compared with a 4.3 percent increase for the nation.

A bit of chest-thumping should be heard about now from State officials, although they probably can take but little credit for our economy. Perhaps it would be more accurate to say that, despite our lachrymose Legislature, Indiana’s private sector managed to respond well to the federal stimulus program and sustained the momentum of recovery from the COVID shock of earlier in the year.

2020 was composed of two very different halves. As usual, Indiana rode a more exciting roller coaster than did the nation. The first and second quarters felt the full force of the pandemic. During those first six months, Indiana’s Real GDP declined at an annual rate of 20.3 percent with the nation going down by 19.2 percent.

Not a single one of the 50 states managed to have a positive change in its economy in that first half of 2020. While Indiana ranked 34th during that recession, Vermont, Utah, Washington and Arizona were the least affected. The pandemic hit hardest on Hawaii, Nevada, Tennessee, and Michigan.

The second half of 2020 was a different story. From July through December, Indiana ranked fourth in the U.S. with a 22.7 percent annual rate of Real GDP growth while the nation’s had an 18 percent bounce back. Only Nevada, Tennessee, and Idaho had a better half-year of recovery than the Hoosier state. Trailing the pack, but none-the-less growing, were North Dakota, Oklahoma, New Mexico, and Wyoming.

A closer look at the GDP data, without adjustment for inflation, turns up some surprises. For the nation as a whole, the recovery is incomplete, if reaching the level of output enjoyed in the closing quarter of 2019 is our objective. The U.S. was close to five percent off its previous high. Indiana, however, has crossed that magic goal line, if only by one-half of one percent.

In the non-farm private sector nationally, seven of 19 industry groups ended 2020 with higher GDP figures than they had in the final quarter a year earlier. Leading this parade was Retail Trade, followed by Finance and Insurance. In Indiana, the same two industries were out in front and eight of 19 business groupings were in the black for the year.

What industries led us in this pandemic parade?  Transportation & Warehousing, as well as Arts & Entertainment, were the leading industry groups on both the up-and down-sides of the 2020 COVID recession. Contrary to the State’s mythology, and some media reporting, Manufacturing was not the drum major for this parade.

Robin Winston assists organizations in getting their messages across to the public. At one time, he headed the Democratic Party in Indiana with considerable success. He’s our guest on this week’s Who Gets What? podcast which you’ll find wherever you usually get your podcasts or at https://mortonjohn.libsyn.com