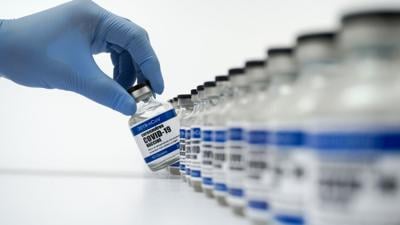 Over a single week, Shannon Brown heard that four of her teacher friends had gotten COVID-19 vaccinations because they were on waitlists at Walmarts.

An Indianapolis high school teacher, Brown, 31, called five Walmart stores and eventually got on three standby lists for vaccines left over when people miss appointments. About a week later, all three stores told her they were removing her from the waitlist or moving her down in priority, Brown said.

“It is still incredibly frustrating to be placed in this precarious position,” Brown said. “There’s no way to keep a bubble when you’re a teacher.”

Brown was likely removed from those standby lists because even vaccine waitlists are supposed to target state priority groups and teachers are not currently eligible for vaccinations, according to the Indiana State Department of Health.

Brown was not alone. The controversy has ricocheted around social media in recent days, as other teachers eager for vaccines shared similar stories in posts that went viral. Frustrated posters said that Indiana would rather let vaccines go to waste than inoculate educators.

In a statement, Walmart spokesman Kevin Thompson said social media rumors were not true and the pharmacies are in line with the state on “the shared goal of never letting a dose go to waste.”

The Indiana State Department of Health issued a statement denying that vaccine was going to waste:

“Never wasting a dose is of the utmost importance in the state’s vaccine plan. The Indiana Department of Health has never told a clinic to discard unused doses. We ask every clinic to keep a standby list of people who meet current eligibility requirements so that every dose can be administered, and only one one-hundredth of the doses we have received have been wasted, primarily due to a vial or syringe breaking.”

When to vaccinate Indiana educators has been contentious for months. Some teachers are already eligible for vaccines in at least 30 states, including all of Indiana’s neighbors, according to Education Week.

But Indiana officials have not yet said when they will make educators eligible.

The state is vaccinating Hoosiers who are 60 years old and older. State officials said earlier this month that vaccinations will next be open to people 50 and older and those with certain health conditions that make them especially vulnerable to the virus.

Hoosier teachers have gotten shots in the meantime by signing up on standby lists and when health officials offered surplus vaccines. In the first weeks of distribution, educators in Evansville, Vincennes, and Knox County received vaccinations from extra available doses.

But in a Jan. 30 letter, Indiana State Department of Health Chief Medical Officer Lindsay Weaver reiterated eligibility guidelines and told clinics that vaccine standby lists “should reflect only people who are considered at high risk for hospitalization and death from a COVID-19 infection.”

For Brown, learning that teachers do not even have access to vaccines through waitlists is just the latest frustration.

Indiana teachers expected to get priority access to vaccines, she said. And the Centers for Disease Control and Prevention recommend vaccinating teachers before some of the groups who are currently eligible in Indiana.

“I feel like everyone who we thanked at the beginning of the pandemic — outside of health care workers — suddenly doesn’t matter,” said Brown.