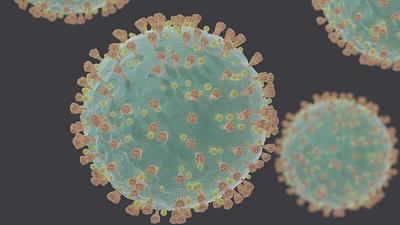 The United States hit a high of 107,872 cases of COVID-19 in a single day with Indiana reporting a record 4,462 new cases Thursday for a total of 196,176 since the beginning of the pandemic.

Forty-five new deaths were reported in the state Thursday, bringing the total deaths to 4,269. There have been 1,616 new deaths across the nation in the same time period.

Fountain, Dubois and Fayette counties are being hit especially hard by the disease. On the Indiana State Department of Health COVID-19 dashboard, the counties appear in red to represent high community spread. The only remaining Indiana county with low community spread is Brown County, which appears in blue.

The spread of the disease is so severe that the National Guard has been deployed to assist in 149 long-term care facilities across the state. A second wave of National Guard members will deploy next week. At the facilities, they will assist staff by providing support in testing, screening and spread prevention.

Wednesday, one day after cruising to a second term, Gov. Eric Holcomb hosted another virtual COVID-19 press conference where he dispelled rumors as false that he intended to impose new restrictions, such as issuing a stay-at-home order and closing schools because of the rising numbers.

Holcomb has been adamant that Indiana has the research and the resources to fight the disease, and further restrictions will not reduce the spread because contact tracing has shown cases are mostly from small gatherings. Holcomb also emphasized that his administration’s decisions for control of the disease are not politically motivated.

“The only campaign that we’re running here is a campaign to try and save lives,” Holcomb said.

The spike follows the general election where during early voting Hoosiers waited in several-hour-long lines in areas of Marion County and across the state, and Halloween, for which the Center for Disease Control and Prevention released safety guidelines.

It takes up to two weeks to develop symptoms and the rate for false negatives is higher when a person is first infected with COVID-19, according to Harvard Medical School, and as a result it is uncertain how many new cases can be traced back to Halloween or lines at polling locations.

Taylor Wooten is a reporter for TheStatehouseFile.com, a news website powered by Franklin College students.